Govt May Be Taking Steps To Calm Down The Property Market, Say Analysts

The government could re-introduce land sales through the confirmed list and analysts said this could mean the government is taking steps to cool down the property market. 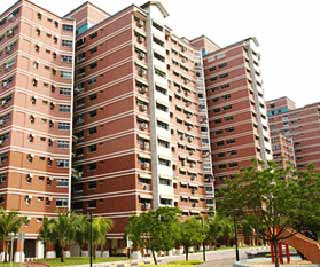 Last October, recession woes saw the government suspending land sales through the confirmed list. But now the government said it will consider re-introducing it for the first half of next year.

National Development Minister Mah Bow Tan said: "Now that the market is coming back, demand is coming back and the take-up is strong. There is every likelihood that we will resume the confirmed list."

This means land parcels will be tendered according to scheduled dates and this will translate to more residential property launches. But one analyst said while these changes will ease the market, they will take time to make any impact.

Nicholas Mak, property consultant, said: "This may be the first of actions by the government if they see that the property market shows signs of overheating especially if there is a lot of speculative buying, I think that could prompt the government to take further action."

Public housing prices have gone up by almost 35 per cent over the last two years and the government said it is expecting prices to increase even further. However, it said buyers should not be complaining because these price increases are part of the reason why people invest in the first place.

Mr Mah added: "When you buy an HDB flat, you are investing for your future. We subsidise when you buy, we increase the value of the flat as you live in it and encourage you or facilitate you to cash out when you grow old."

Mr Mah was speaking on Wednesday at the launch of the final skybridge at the Pinnacle @ Duxton, Singapore's tallest public housing project.

He said while public housing remains affordable, with a range of flats to suit people from all levels of income, Singaporeans should continue to buy within their means. - CNA/vm
Posted by Richard Yeo at 12:25 AM