Initial Phase Of Trevista Condo Going At $898 PSF On Average

This is about 20 per cent lower than Centro Residences, priced at $1,150 psf on average

NTUC Choice Homes Co-operative is pricing the initial phase of its Trevista condo at Toa Payoh, which previews today, at an average price of $898 per square foot. This is about 20 per cent lower than Far East Organization's Centro Residences next to Ang Mo Kio Hub, priced at $1,150 psf on average and released last month. 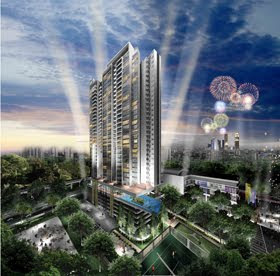 However, as Trevista's units are generally larger than Centro's, the price differential in absolute terms may be less.

Far East has sold only about 100 units - an outcome some market watchers see as due to price resistance.

Both projects are on 99-year leasehold.

Trevista is near Braddell MRT Station and within walking distance of shopping and other amenities at HDB Hub and Toa Payoh Central. Centro, a 34-storey project with 329 units, is right next to Ang Mo Kio Hub and opposite Ang Mo Kio MRT Station.

NTUC Choice Homes said yesterday that the absolute price quantums at Trevista on average are about $830,000 for a two-bedroom unit, $1.065 million for a three-bedder, and $1.43 million for a four-bedroom apartment, on a normal progress payment scheme.

The developer is releasing 210 units this weekend, comprising mostly two, three and four-bedroom apartments. The project has a total of 590 units in three 39-storey towers.

Choice Homes has invited business associates, NTUC union members and members of the public who have registered interest in the project for today's preview. The co-op is extending special benefits to union members for a 'limited period during the preview'.

Each member who buys a Trevista unit will be given 55,000 LinkPoints as well as one of three other benefits, each worth up to $6,000 - a free NTUC Income Mortgage Protection Plan; an integrated fridge; or a family cash rebate for union members living near their parents or children residing in Toa Payoh or for multiple family-purchases of units.

Trevista is being marketed by CB Richard Ellis and ERA.

Over in the Mount Sinai area, Singapore Land is previewing its freehold Trizon condo this weekend at between $1,300 and $1,500 psf. However, prices are likely to be lower for ground-floor units with private enclosed space.

SingLand is offering only a normal progress payment scheme. It is developing the 24-storey condo, which will have 289 units, on the former Himiko Court site that it bought in May 2007 for $336 million. This works out to $821 psf of potential gross floor area, including an estimated $1.07 million development charge.
Posted by Richard Yeo at 12:25 AM No comments: 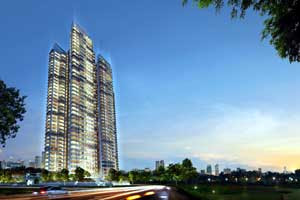 职总安居这次将Trevista的实际推出价格，定在每平方英尺平均898元，远远低于市场预测，估计盈利应该是在两三千万元左右。
Posted by Richard Yeo at 12:22 AM No comments: