Former School Up For Tender

TO EASE the space crunch in the education sector, the former Seh Chuan High School in Upper Bukit Timah will be put up for public tender by the Singapore Land Authority (SLA) on Wednesday.

With an approximate land area of 3,464 square metre and Gross Floor Area of about 4,221 sq m, the property is for education use.

It is located near other international schools such as the Canadian International School and the German European School Singapore.

Singapore's attractiveness as a regional hub for businesses and education has resulted in strong demand for space in the education sector.

Since April last year, SLA has awarded more than 40 State properties for educational use.

Said Mr Teo Cher Hian, SLA's director of Land Operations (Private) Division: 'In 2007, SLA had made available some 109,108 sq m in GFA... through public tender for commercial and foreign system schools. This is about 8,300 sq m more than that tendered in 2006.'

The tender for the former Seh Chuan High School will close on Nov 5.
Posted by Richard Yeo at 3:40 PM No comments:

Home owners may want to lock in longer-term interest rate to avoid any volatility ahead, say experts

For the few home buyers out there looking at taking up a new loan or those who want to consider refinancing their home loans, the outlook is more uncertain than before.

The key question that they have is this: How will interest rates move?

It's a crucial question because of two reasons.

First, many home loans these days are pegged to interbank rates, which are 'wholesale' lending rates that banks charge one another and move with the market.

In a market like London, the short-term interbank rate (known as 'Libor') has shot up because a lack of confidence is making banks wary of parting with their money.

In Singapore, the Singapore Interbank Offered Rate (Sibor) spiked at the onset of the current financial crisis. It has fallen back since, but how will it behave from here on?

When Sibor goes down, consumers will benefit from a loan offering a rate pegged to Sibor as they will be paying a lower interest rate. But if it heads up, their mortgage instalments go up.

The second reason for new borrowers or refinancers wanting to know how rates will change is that they are typically faced with a choice of three main strategies.

They can opt for:

a variable-rate loan that uses a short-term interest rate like the three-month Sibor;

a variable-rate loan based on a longer-term rate like the 12-month Sibor (which is higher); or

a fixed-rate loan that locks in the interest rate for the first few years, which is the most expensive option.

In general, home loans pegged to publicly available rates like Sibor offer transparency, but home owners are at the mercy of market conditions. This is why fixed-rate packages are priced at a premium.

To figure out what borrowers should best do, we asked the experts.

Unsurprisingly, they say that home owners may generally want to think about locking in a longer-term interest rate now if they want to avoid any volatility ahead.

And we could be in for a very bumpy ride. Last Friday, fresh data showed that Singapore entered into a technical recession in the third quarter, and the Monetary Authority of Singapore eased its monetary policy, switching to a neutral exchange rate policy.

As the financial crisis deepens, global markets have been falling and credit has seized up, resulting in sky-high borrowing rates in many countries.

Central banks in the United States, Europe and Asia are pumping money into the system to cool rates and recently even cut rates outright in a coordinated show of strength. The result has been a yo-yoing of rates.

In Singapore, the benchmark three-month Sibor was moving largely in a tight band this year. It sank to a low of 1 per cent in early August, but spiked to 2.23 per cent late last month. It is now at 1.5521 per cent.

With a home loan pegged to the three-month Sibor, the interest rate gets revised every three months.

With opinions still divided on where Sibor is headed next, home owners who prefer minimum risk may want to commit to a still-low interest rate for at least a year, experts say.

'While many consumers are waiting for a clearer direction before they commit, it is a good time for risk-adverse customers to fix their rates given market volatility,' said Mr Goh Eck Hong, spokesman for the firm, my housing loan.

Indeed, after the Sibor spike and given the volatility ahead, the three-month Sibor loan package, which used to be popular with home owners because it was the cheapest, has become less popular.

'Three months back, the three-month Sibor rate was a sure approach,' said Mr Geoffrey Ying, head of the mortgage division at financial advisory firm New Independent.

'But now, more are gravitating towards the 12-month Sibor...It's not as clear cut as before. Most people now want to be more cautious.'

Those who opt for loans pegged to the 12-month Sibor, currently at 1.7708 per cent, will not have to worry about extreme rate fluctuations in the short term, said Mr Ying. The rates are revised every 12 months.

'As long as the (financial) stress doesn't abate, you can expect to see interbank rates fluctuate - you're going to see a period of volatility,' he added.

At Standard Chartered Bank, the three-month Sibor package remains one of the top choices for customers. But the bank says there has been strong interest of late in the one-year fixed-rate package.

'This package provides customers with peace of mind in today's volatile interest-rate environment and they will benefit from Sibor pricing one year later,' said its general manager of lending, Mr Dennis Khoo.

But say you are willing to take the risk of rate fluctuations altering your mortgage instalments. Or you have the flexibility to determine when to take out a new loan or refinance.

Should you opt for a three-month Sibor loan, or wait a little longer to refinance, in case Sibor goes further down?

Mr Leong Sze Hian, president of the Society of Financial Service Professionals, is among those who believe that interest rates tend to fall in a recession.

But, in a Friday report, Morgan Stanley Research said that due partly to a lack of confidence, the Sibor is 'very likely' to stay around 2 per cent for the rest of the year and reach 3 per cent by the end of next year.

Standard Chartered economist Alvin Liew is also of the view that Sibor will rise. This would affect those with Sibor-linked home loans and, more broadly, strain borrowing activity in Singapore, which is already expected to slow for the next six to 12 months at least, he said in a Friday report.

For those who are confused or prefer to just avoid the Sibor guessing game altogether, other options are available.

Fixed-rate packages come with higher premiums, compared with so called transparent Sibor packages, but there is security and peace of mind, he said.

These may be a good bet for the next year at least, said New Independent's Mr Ying.

A CPF-rate package would cost the borrower a total interest rate of slightly below 3 per cent currently. 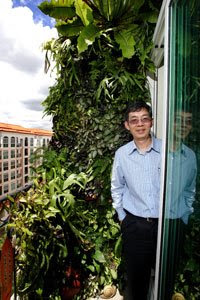 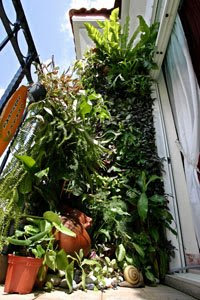 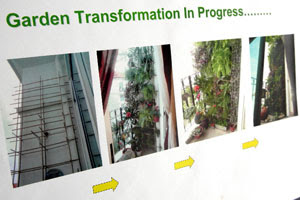