尽管如此，蔡炎亮提醒，在没有获得国内生产总值回升的支撑下，楼市回暖的趋势无法持久，被抑制的需求、折价新项目和具吸引力的贷款配套等因素无法长久地驱动楼市。
Posted by Richard Yeo at 11:56 PM No comments:

Home Resales In May Increase 2.4%

(WASHINGTON) Home resales in the US rose in May for a second month as record foreclosures caused prices to drop.

Purchases increased 2.4 per cent to an annual rate of 4.77 million, lower than forecast, the National Association of Realtors (NAR) said yesterday. The median price fell 17 per cent, the third-largest decrease on record.

Tax breaks for first-time buyers in the Obama administration's stimulus plan, falling property values and lower mortgage rates have helped support the market. At the same time, any recovery is likely to be limited with unemployment rising and borrowing costs shooting back up.

'A lot is going to depend on mortgage rates if they stay low. You're still looking at a lot of supply out there and it's going to take a long time to work through all of that.'

Economists forecast that existing sales would rise to a 4.82 million rate, according to the median of 74 projections in a Bloomberg News survey. Estimates ranged from 4.6 million to five million. April's reading was revised down to a 4.66 million pace from 4.68 million.

May's sales pace was the strongest since October and last month's gain marked the first back-to-back increase since 2005.

May traditionally is one of the top three sales months of the year as the weather turns warmer and families prepare to move before the start of the next school year, according to the NAR. The group adjusts the figures for these seasonal variation in order to facilitate month-to-month comparisons.

Sales were 3.6 per cent compared with a year earlier.

The number of houses on the market dropped 3.5 per cent to 3.8 million in May, NAR said. At the current sales pace, it would take 9.6 months to sell those homes, compared with 10.1 months in April.

While the loss has devastated some families, others were able to buy a house for the first time because of the drop in values. The federal government is trying to stabilise the market by offering lenders incentives to modify the terms of delinquent mortgages and the Federal Reserve has pledged to buy mortgage-backed securities to free up funding for home loans. -- Bloomberg
Posted by Richard Yeo at 12:25 AM No comments:

Frankle Widjaja, a member of the family that controls the Sinar Mas group, is understood to have recently inked a deal to buy Cree Court along Dalvey Road. 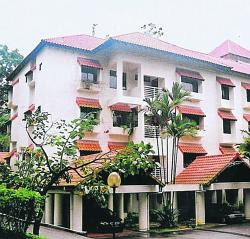 Changed hands: Cree Court, on 65,416 sq ft of land area, can be redeveloped into a maximum of four GCBs

Mr Widjaja, who sits on the boards of Asia Food & Properties and Golden Agri-Resources, is said to have signed a sale and purchase agreement to buy Cree Court for about $53 million, which works out to slightly over $800 per square foot based on the site's freehold land area of 65,416 sq ft.

Cree Court is a four-storey development comprising 12 apartments. The site is in a designated Good Class Bungalow Area, which means that it can be redeveloped only into GCBs.

Based on the minimum plot size of 1,400 square metres (about 15,069 sq ft) stipulated for a GCB, the Cree Court site can be redeveloped into a maximum of four GCBs. Of course, Mr Widjaja may also develop a single luxurious bungalow on sprawling grounds, a market watcher suggested.

The seller is The Asia Life Assurance Society, part of Tokio Marine & Nichido Fire Insurance Co group. The sale is understood to have been brokered by Peter Ng of HRL Properties and Helen Li.

The $53 million fetched for Cree Court under the recent deal is lower than the $58 million that another party had agreed to pay last year for the property. However, that deal was aborted a few months later, with the buyer forfeiting a deposit of least 10 per cent of the purchase price, BT understands.

That unsuccessful buyer is understood to be an entity linked to Agus Anwar, a Singaporean businessman linked to Kapital Asia Pte Ltd, an investment holding company.

The bank had sold the asset as part of its strategy of divesting non-core assets.

Cree Court's latest buyer, Mr Widjaja, runs his family's China property business and is credited with spearheading the development of the Sinar Mas group's Westin Bund Center in Shanghai.
Posted by Richard Yeo at 12:22 AM No comments:

Developer Frasers Centrepoint said on Tuesday that 91 per cent of its 8@Woodleigh residential project has been sold following a weekend preview. 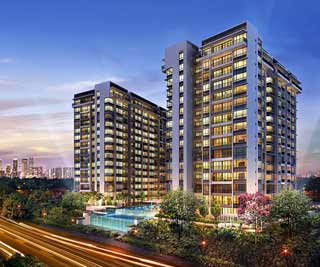 The mass market development comprises 330 units, out of which 302 have been snapped up during the past four days.

Frasers said it will now release the remaining units for sale and there will be no public launch.

The 99-year leasehold property comprises a mix of two to four-room units and studio apartments. They were sold at an average price of S$790 per square foot.

Some 97 per cent of the buyers are Singaporeans, and over half of them are upgraders from public housing flats. - CNA/yb
Posted by Richard Yeo at 12:19 AM No comments:

Waiting For The Right Time

CapitaLand will launch new projects only when they can fetch prices the developer wants.

BUYERS may be rushing back to the private housing market, but CapitaLand is in no rush to release new projects. 'If we think there is potential in a piece of land when the market recovers, there is really no need for us to rush to launch it,' CapitaLand Residential Singapore's chief executive Patricia Chia told BT in an interview. 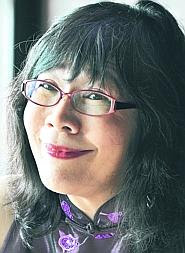 MS CHIA - The Silver Tower site - renamed Urban Resort Condominium (next) - and the Char Yong Gardens site will hit the market first, towards the end of the year when the new malls in Orchard Road are up and running

CapitaLand has sold more than 150 residential units in Singapore so far this year, versus less than 100 it sold last year. Most recent sales were at The Wharf Residence, one of several properties in the mid- and high-end sectors to benefit from a recent rise in optimism. Last month, buyers took up 1,668 apartments, setting a year-high.

While CapitaLand's sales have picked up, they are still far behind those clocked up in 2006 and 2007 when it sold some 2,400 units. Robust take-up in those two years has relieved pressure to sell today, Ms Chia said.

CapitaLand has more than 2,700 units in the works - from the Silver Tower, Char Yong Gardens, Gillman Heights and Farrer Court sites it acquired some years back. It plans to start launching them after the third quarter of 2009 at the earliest.

The units represent some 4.5 million sq ft of space. CapitaLand's effective stake is close to two million sq ft while its partners in some of the projects hold the rest.

According to Ms Chia, the Silver Tower site - renamed Urban Resort Condominium - and the Char Yong Gardens site will hit the market first, towards the end of the year when the new malls in Orchard Road are up and running.

'That period will enable us to really maximise the value for these two developments,' she said.

The Urban Resort Condominium will have 64 units and the Char Yong Gardens plot will yield around 150. The freehold parcels, next to each other, will feature complementary resort-style designs, courtesy of Kerry Hill Architects.

In a June 10 report, Kim Eng analyst Wilson Liew estimated the projects will sell for an average of $2,000 psf.

The 99-year leasehold Gillman Heights plot is next in line for release, and some 1,000 units should be ready for launch at the start of 2010. CapitaLand and its consortium partners took more than two years to close the $548 million deal last month and will begin redevelopment after November, when all residents have left.

The group has appointed OMA - known for the CCTV headquarters project in Beijing - to design the project. There will be 'a lot of attention to space', to tie in with the site's proximity to the southern ridges, said Ms Chia.

Kim Eng's Mr Liew has estimated a breakeven cost of $753 psf for the site, with an average selling price of $900 psf.

Among the last to come on-stream will be the Farrer Court site near Farrer Road, which CapitaLand bought with partners for more than $1.33 billion in 2007. The project, near the popular Nanyang Primary School, will comprise seven 36-storey blocks with around 1,500 units, offering residents a good view of the area, Ms Chia said.

'If we were to launch it today, we would not be doing justice to the site,' she said. The launch will happen 'when the market is ready to accept that location with the kind of pricing that we want'.

According to Urban Redevelopment Authority caveats, units at the 12-year-old Gallop Gables nearby sold for up to $1,312 psf last month. Reports last year suggested the breakeven cost for the Farrer Court project could range from $1,350 - $1,450 psf. But Ms Chia said that this should have fallen as construction and other costs have eased about 20 per cent since.

'We have a very strong financial position,' she said. 'It gives us quite a lot of flexibility to plan our launches.'

According to her, CapitaLand Residential Singapore typically has a market share of 8-10 per cent on a three-year moving average basis.

Ms Chia remains fairly upbeat on the property market here. The general consensus points to Asia as the economic growth leader, and Singapore is one of the few cosmopolitan cities in the region where asset values have corrected to 'reasonable' levels, she said.
Posted by Richard Yeo at 12:05 AM No comments: