The Dome Picked For Sports Hub

KALLANG will have one of the world's biggest domes dominating its landscape by the end of 2011, to replace the 35-year-old National Stadium.
The Singapore Sports Hub consortium has pipped two other groups for the right to build and run the Sports Hub for 25 years, it was announced yesterday. 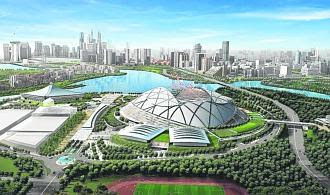 The Government will pay the consortium $1.87 billion in all over this period. Led by construction firm Dragages Singapore, the consortium will bear the $1.2 billion capital expenditure.

Dr Vivian Balakrishnan, Minister for Community Development, Youth and Sports, hinted at what set the dome apart from the 'horseshoe' and 'crumpled tissue' designs of the contenders: its packed sporting calendar.

That accounted for 40 per cent of the ratings by the 11-member evaluation panel, which included Singapore Sports Council (SSC) representatives.

The minister acknowledged that Singaporeans might well query the $1.87 billion the Government was paying out for the Sports Hub.

Singapore needed an icon that would draw in top sporting talent, and create jobs and a lifestyle in sync with a sophisticated service economy, he said.

The stadium was 'a piece of a much larger jigsaw' which included the Esplanade, the building of the two integrated resorts and the development of Marina South.

'This is an investment and this is money well spent,' he told reporters gathered at The Ritz-Carlton hotel for the announcement of the winning design.

Asked to explain the initial price tag of between $650 million and $800 million, SSC head Oon Jin Teik said that this was based on the 2005 price index which had not accounted for a water sports centre for the new premises.

Besides the water sports centre and the 55,000-seater stadium, the Sports Hub project will also have 41,000 sq m of leisure, shopping and dining facilities.
Posted by Richard Yeo at 11:21 AM No comments:

Neighbours Who Just Can't Get Along

Last week, we looked at how Singaporeans barely knew their neighbours despite living beside one another for years. Here, we focus on un-neighbourly behaviour and the rising number of complaints the authorities have been dealing with

FOUR birds kept as pets by one household have become a flash point for residents living on the eighth floor of an Hougang flat.

Ms Perdicha Chen, 48, who lives opposite the Sim household, has lodged more than 20 reports with the town council, the HDB and police, and has even been to see her MP twice over the past six months. 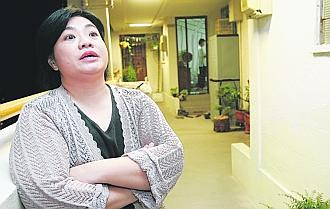 MS PERDICHA CHEN accuses her neighbours, the Sims, of hanging cages with their loud-chirping pet birds along the common corridor from as early as 6am, and claims that the family's dog is often unleashed

The birds' loud chirping, says Ms Chen, has led to many sleepless mornings as her neighbour has the habit of hanging his bird cages along the common corridor from as early as 6am.

'When the authorities come, he would keep the cages in the house for two days and then they are back to their old ways,' says the frustrated accounts executive who has lived there for 20 years. 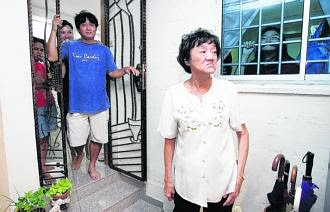 MR SAMUEL SIM, with his mother-in-law (foreground) and wife, denies Ms Chen's complaints and claims that his neighbours hurl vulgarities at his family and maid. -- ST PHOTOS: LIM WUI LIANG

Cases of neighbours bickering are becoming more common these days, say parties which have to deal with such complaints.

The HDB says that there has been an increase in feedback regarding annoyances caused by neighbours - such as noise disturbances, dripping mops and wet laundry.

MPs have also noted that more residents, unhappy with their neighbours, have approached them for help at the weekly Meet-the-People sessions.

And at the Community Mediation Centre (CMC) last year, 277 sessions were conducted for disputes between neighbours. This made up just over half of the total number of mediations at the centre last year.

The year before, there were 306 disputes between neighbours.

In Aljunied GRC, MP Cynthia Phua logged 30 cases of such disputes last year, double the figure in 2006. More recently, she adds, at least two such cases have been popping up weekly.

The disputes, MPs say, range from petty issues such as the hanging of underwear and burning of joss paper along common corridors, to more serious ones such as the tossing of rubbish out of kitchen windows, with the garbage landing on neighbours' laundry.

Of the cases heard at the CMC, 80 per cent are about noisy residents or those who hurl verbal abuse and harass their neighbours. Common corridor obstruction and dripping laundry make up the other cases.

Besides the chirping birds, Ms Chen and another neighbour, Mr Alan Ang, 56, are also annoyed with the Sims' barking terrier. They say that the dog is often unleashed and has even run into their homes.

When approached by The Sunday Times, Mr Samuel Sim, 42, denies their complaints.

He says he owns only two birds and does not hang the cages along the corridor. His dog, he adds, is always leashed.

Mr Sim, who lives in the three-room flat with his wife, three teenage daughters and a maid, accuses his neighbours of hurling vulgarities at his family and maid.

'They're the ones trying to make trouble,' says the businessman who moved in five years ago. 'We don't disturb them but they have nothing better to do.'

Over in Bedok, resident Chen Wen Ling, 39, is looking forward to getting away from her neighbour of 20 years. So great is the animosity between them that both sides barely exchange greetings.

The bad vibes started almost 15 years ago when her neighbour started crowding the common corridor with more than 10 pairs of shoes and up to 20 flower pots, she claims, adding that the other party refused to clear the area despite repeated requests.

The housewife says: 'When my friend visited me, she asked if my neighbour was operating a shoe shop.' She is moving out this September.

Such long-drawn festering disputes are common, say MPs, and leave little hope for reconciliation as the warring parties are no longer on speaking terms.

For Ms Perdicha Chen, she has taken to snapping pictures of the birds and recording their chirping to use as evidence for the police.

'We don't want to go to the extent of meeting them in court,' she says. 'I just hope they put their birds away and give everyone some peace.'
Posted by Richard Yeo at 11:19 AM No comments:

Real Estate Market Quiet As Uncertainty Looms In US

Buyers might want to delay their property purchases till a clearer picture emerges, say experts

THE Singapore property market has turned somewhat jittery in the face of growing fears about a recession in the United States.

Analysts suggest that unless buyers need a home to live in, they might want to delay any purchases until a clearer picture emerges. 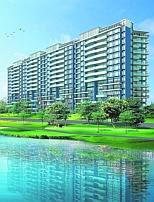 IN THE LEAD-UP TO CHINESE NEW YEAR, sales activity is expected to slack, but some condos have launched staff previews. These include Waterfront Waves (above), which will be developed by Far East Organization and Frasers Centrepoint. Prices have been set at $750 psf to $800 psf fro the Bedok Rservoir condo. -- PHOTO: FRASERS CENTREPOINT

The days when speculators could make quick, easy profits are almost certainly over, they say.

Thus, consultants do not expect much sales activity in the lead-up to Chinese New Year, especially since few launches have been scheduled.

Indeed, market players might hold off till the Budget is released later next month, so they can gauge the Government’s stance, said one consultant, who added: ‘If I were a buyer, I’d wait before committing myself to a property investment.’

Apart from worries that a US recession might hurt growth in Singapore, some also believe last year’s price spurt in high-end homes was overdone.

‘If your goal is to flip the property before completion, you should stay out of the market,’ said Savills Residential director Ku Swee Yong. Such buyers could end up having to finance their purchases long term, he warned.

He noted that Singapore’s property market is stable but said there is a risk that prices could fall. If US sub- prime woes force mortgage insurers to write off bad insurance, this could trigger construction industry layoffs, as well as defaults on consumer credit-card rollover debt and car loans, said Mr Ku.

Some sellers appear to have lowered their expectations, particularly for high-end homes. But their asking levels are likely to remain above the purchase prices, analysts note.

In a recent classified advertisement in The Straits Times, high-floor units at Sky@eleven, a condominium off Thomson Road, were going for $1,250 per sq ft (psf). That falls short of earlier asking prices of $1,300 psf to $1,400 psf, but tops prices achieved at the launch early last year. Then, the highest price garnered was $1,200 psf, with the average at $975 psf.

‘The opportunities are there, but it is all a matter of timing,’ said a consultant. ‘In the short term, people who don’t have a lot of money to play with should think twice.’

‘Buyers should take a longer-term view and buy when they come across properties priced at acceptable levels,’ said Mr Nicholas Mak, Knight Frank’s director of research and consultancy. ‘Developers are unlikely to cut prices, which should provide support for the market.’

Buyers who plan to live in their new homes, especially if they’re using collective sale gains, have less to worry about, though choices in the primary market might be limited. ‘Developers are waiting for the tempest in the stock market to pass before launching their properties,’ said Mr Mak.

One seasoned property investor said he would continue to scout for bargains but would be more selective.

‘The market is nervous but it’s not doomsday. There are still good buying opportunities,’ he said, adding that he scooped up a few cheap buys just after Sars. ‘Do your homework and narrow your search to, for example, areas with a growth story.’

Wait for the right price

‘Buyers should take a longer-term view and buy when they come across properties priced at acceptable levels. Developers are unlikely to cut prices, which should provide support for the market.’ MR MAK, on how homebuyers can cut down their risks when considering property investments in the current uncertain climate
Posted by Richard Yeo at 11:15 AM No comments: