Developer Says: Time To Pay Up; Buyer Says: Give Me More Time

ANOTHER buyer who purchased luxury condominiums in bulk under the deferred payment scheme is now having trouble paying up.

Keppel Land said yesterday that an Indonesian investor who bought 51 units at The Suites @ Central in Devonshire Road has asked for more time to cough up the final payments. 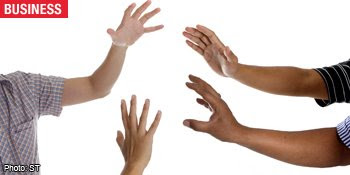 The investor paid $1,806 per sq ft (psf) for the freehold apartments, which were bought in June 2007, Keppel said in a filing to the Singapore Exchange. It would not disclose the total price of the units or whether the investor is an individual or an institution, such as a company or a fund.

But a check of the Urban Redevelopment Authority's (URA) Realis caveats shows that a series of 51 units were sold at that time for a total of $127 million. The units were not bought in a single block and do not appear to make up entire floors, but span the second to the 33rd floors.

The units were bought under the deferred payment scheme. This means the buyer made a downpayment of 20 per cent of the purchase price and then deferred the rest of the payments until the apartments were completed.

The Suites @ Central was completed in February, but the buyer failed to pay up on time.

The Indonesian buyer has asked for an extension of the payment deadline in order to 'arrange funds for payments', Keppel said.

The developer has agreed to a six-month extension starting from yesterday, but is requiring the Indonesian buyer to pay $500,000 per month during the extension period. The first payment has already been received, Keppel said.

Other developers have also recently reported problems collecting payments for units they sold under the deferred payment scheme.

MCL Land ran into trouble last month with the buyer of its Fernhill condominium off Stevens Road. The buyer, reported to be a company called Concordia Overseas controlled by a Hong Kong resident named Chan Ki, had purchased all 25 units in the project and managed to resell five soon after.

But when the time came to make payment for the 20 units it still owned, Concordia missed a few deadlines. It subsequently managed to resell 19 units in time to meet the final deadline, but reportedly at a loss.

The price Concordia paid for the units was $1,410 psf, but the Business Times reported that it fetched only $1,180 psf for the 19 units it resold.

Market watchers said that if the Indonesian buyer of the 51 units at The Suites @ Central has to offload the apartments in a hurry, it may end up making a loss.
The average price of apartments at the project has fallen to about $1,470 psf, according to five caveats lodged for units that have been sold so far this year.

More buyers with payment problems could surface in the coming months, as the property slump coincides with the fallout from the deferred payment scheme, which was scrapped in October 2007.

Some 29,250 homes planned for completion between last year and 2013 were offered with the deferred payment scheme, the URA revealed last year. Analysts have estimated that about 14,000 were actually sold under the scheme.

But even if a handful of buyers default, it may not be statistically significant, noted Mr Nicholas Mak, director of research and consultancy at Knight Frank.

At CapitaLand's RiverGate, about 2 per cent of buyers have missed payments since the project was completed in March, the developer said on Thursday. Most of the project's buyers had opted to take the deferred payment scheme.

'Two per cent is not an alarming figure,' said Mr Mak. 'Once in a while you get cases like a single buyer unable to pay for 51 units but, if you look at the bigger picture, it may just be a small proportion.' But he added that next year will be the time of reckoning, as many projects that were sold during the height of the market - in the second half of 2007 and early last year - will be completed then, with the bulk of their payments due.
Posted by Richard Yeo at 11:45 PM No comments:

一般相信，今明两年将是延迟付款计划的“杀伤力”开始浮现的时候。这是因为楼价一旦跌破当初买价的八成，买家即使把房子卖掉还要倒欠发展商，就很可能出现悔约的情况。虽然发展商有追讨欠债的法律权力，但由于一些买家是外国人，而且一买就是好几个单位，发展商即使胜诉也不容易行使法律权力，无形中就像是抱着一枚枚的定时炸弹。
Posted by Richard Yeo at 11:39 PM No comments: