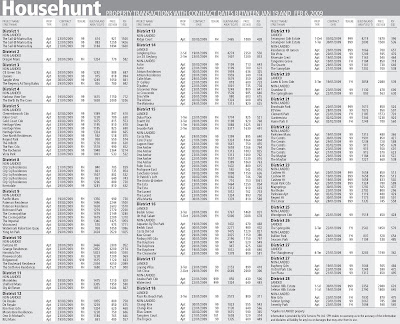 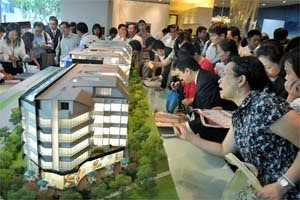 远东机构的新乐园(MiCasa)预料也会在今年四五月份登场。这个位于蔡厝港通道的99年地契共管公寓共有460个单位，是发展商在去年5月以1亿1601万元，即容积率每平方英尺203元买下的，分析员估计建成的共管公寓成本大约是每平方英尺550元，而发展商可能将售价瞄准在每平方英尺600元至650元之间。
Posted by Richard Yeo at 11:55 PM No comments: 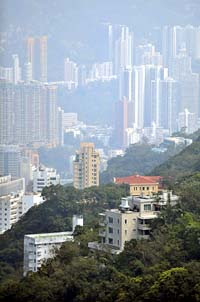 世邦魏理仕认为，在未来几个月的市场情绪可能持续疲弱，豪宅价格或会反覆向下，加上预期下季利率、市场价格可能双双下滑，房地产市场的投资回报对资金充裕的买家将更具吸引力，相信到时会有更多买家入市。
Posted by Richard Yeo at 11:52 PM No comments:

GENTING International, which is building the Resorts World at Sentosa (RWS), is to invest another $590 million in the integrated resort which is due to open in early 2010. 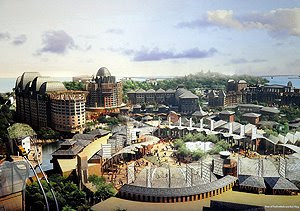 Genting said the extra investments were required because of further changes made last year aimed at increasing the appeal of the IR project. -- ST PHOTO: JOYCE FANG

The extra funds to be pumped in by the company, which is part of Malaysian gaming conglomerate Genting Berhad, will bring its total investment in RWS to $6.59 billion, up from $6 billion, it said in a statement to the Singapore Exchange on Thursday.

Genting said the extra investments were required because of further changes made last year aimed at increasing the appeal of the IR project.

'In the course of the past year, changes have been made to the design and architecture of the integrated resort to substantially improve its entertainment and fun offerings, including enhancements to its casino and Universal Studios Singapore,' said Genting.

'Improvements were made to the quality of interiors as well as foot traffic accessibility to retail and dining outlets.'

The group, which managed to narrow its full-year losses, said it will be incurring substantial costs on the Sentosa IR, and this is expected to have a 'significant impact'on its earnings this financial year.

Capital expenditure before the resort's opening is projected to be less than $6 billion, and hence, the additional investments will be funded by operating cash flows from the IR when it opens.

The group also assured investors that financing for the IR 'is in place', after obtaining a $4 billion credit facility in April last year.

To prepare for the IR's opening in 2010, the group 'will be incurring significant pre-opening costs as it accelerates its human resource recruitment, training and sales and marketing programmes for the integrated resort', it added.

As at the end of last year, RWS has awarded and committed more than $4.5 billion of the $6.59 billion project costs.

The resort will feature four hotels, a 7,300-seat ballroom, as well as the first Universal Studios in South-east Asia.

Revenue slipped 14 per cent to $643.8 million, down from $751.65 million in 2007, mainly due to lower revenue from the group's casino operations in Britain on the back of a weakening pound against the Singapore dollar.

GENTING International on Thursday said its full year net loss narrowed to $124.8 million from $381.4 million but warned that it will be incurring substantial costs for the casino, the Resorts World at Sentosa (RWS).
It also conceded that the development is expected to have a 'significant impact' on earnings this financial year.

The group assured investors on Thursday that financing for the IR 'is in place' after it obtained a $4 billion credit facility last April.

Genting, which is also the largest casino operator in Britain, saw its revenue fell 14 per cent to $643.8.

The firm took a hit from its casino operations in Britain, where a slowing economy and a weakening pound against the Singapore dollar took their toll.

The group also experienced lower business volumes due to the global economic slowdown.

The slowdown is likely to have a material impact on disposable income, which will adversely affect its UK operations, it said.

The group absorbed $100.8 million in impairment losses on intangible assets, mainly due to the general economic slowdown in the UK and rest of the world.

Key expenses were also up, with administrative expenses rising 22 per cent to $42.5 million.

Other operating expenses more than doubled from $15.2 million to $32.7 million.
Posted by Richard Yeo at 11:48 PM No comments: