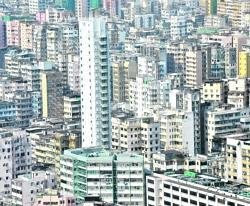 'The prime office market is predicted to experience a further downward adjustment due to the consolidation of the financial markets and the global economic outlook,' Colliers said in a report yesterday. Office rents fell 13.4 per cent in the fourth quarter from the previous three months, the company said.

The report, covering 26 places in the Asia Pacific, showed office rents in the region declined 4 per cent on average in the fourth quarter from the previous three months. The report was emailed and posted on Colliers's Web site.

'Individual centres with a tenant profile highly geared toward the financial sector have experienced steeper rental corrections in the order of over 10 percent quarter-on-quarter,' Colliers said.

A survey by property agency DTZ last month showed that Moscow commanded the world's most expensive office rents last year, of US$255.60 per square foot a year on average. In second place was the West End of London, at US$186.20, and Hong Kong ranked third at US$185.20 a square foot. -- Bloomberg
Posted by Richard Yeo at 11:59 PM No comments:

分析家预测，目前靠近地铁站的公寓项目要价可能达平均每平方英尺600到650元。也有分析家大胆预测，位于成熟组屋区，如宏茂桥和大巴窑的公寓，售价还介于每平方英尺750元到850元之间。
Posted by Richard Yeo at 11:56 PM No comments:

DEVELOPERS of at least six mass-market private condos could release their projects in the next few months, riding on buying momentum generated lately by the Caspian condo near Jurong Lake - despite the recession.

Property consultancy CB Richard Ellis (CBRE) tips Oasis @ Elias, The Gale on Flora Road in Upper Changi and Ascentia Sky on Alexandra Road among projects for possible launch in the next two quarters.

Others include UOL's 646-unit condo at Simei Street 4, Frasers Centrepoint's project in Woodleigh Close and a 571-unit condo by NTUC Choice Homes at Lor 2/3 Toa Payoh near Braddell MRT Station.

All but one of these projects are on 99-year-leasehold sites bought through government land tenders in the past 14 months. The exception is The Gale, a freehold condo to be developed by Tripartite Developers as the latest in its series of condo projects in the Upper Changi location.

Frasers Centrepoint's recent sales spurt for Caspian has shown where the base price is for the mass market.

The developer released the first 250 units of the 99-year-leasehold condo during a preview last week, at an average price of $580 per square foot (psf), followed by a second batch of about 130 better-facing units at $600 psf. So far, more than 330 units have been sold in the development, which is next to Lakeside MRT Station.

BT understands the developer is likely to offer a further 150 units during a public launch this weekend - and that pricing is likely to be calibrated upwards.

CBRE executive director Joseph Tan attributes the good response to Caspian partly to its timely launch, coinciding with the government's announcement in Parliament that it will upgrade, expand and transform Jurong into a business and recreational hub.

'The project is also priced competitively, within the affordability of HDB upgraders,' he said. 'The sales momentum seen at Caspian is an encouragement to developers to get their projects ready for launch in the second and third quarters of 2009.'

'After all, HDB upgraders buying private homes for their own occupation are the core group of buyers left today,' he said. 'Investors and 'specu-vestors' are lying low. And as for foreign buyers, investing in overseas properties might not be a priority right now.'

Amid today's tight lending climate, owner-occupiers are also more likely to secure finance from banks than investors, provided they have the means to service their loans, Mr Ow said.

He reckons that for condos in outlying areas near MRT stations, the price resistance for a new launch in today's market would probably be in the $600-650 psf range on average.

Another analyst put a price resistance in a higher band of $750-$850 psf for condos in mature HDB estates such as Toa Payoh and Ang Mo Kio.
Posted by Richard Yeo at 9:59 AM No comments:

Mice Who Roar In The Property Market

Sales in the property market may have been dismal in the last few months but some bold developers have continued with launches, registering sales and perhaps influencing property prices at the same time. 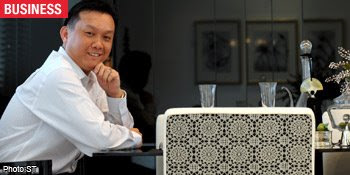 And most of these are small- or medium-sized developers that are, for want of a better word, rather obscure.

In the last quarter of 2008, for instance, official market data revealed that sales volumes were highest for Macly Capital's 104-unit Newton Edge and EL Development's 200-unit Rosewood Suites with total sales of around 130 units making up almost 30 per cent of all primary sales for the whole quarter.

Perhaps more important is that both developments were 'competitively priced'.

On its marketing strategy, EL Development (ELD) managing director Lim Yew Soon said that he was aware that there were other developers waiting to launch mass market projects and ELD simply wanted to get 'the first mover's advantage'.

Mr Lim conceded that pricing for Rosewood Suites required a bit of guesswork and it was eventually launched at about $580 psf. But saying that ELD was not looking to start a price war, he added: 'Being a smaller developer, we are more nimble and able to survive at lower margins.'

The influence of these smaller developers may be difficult to gauge but it should be noted that the first launch by a big developer this year - the 712-unit Caspian by Frasers Centrepoint - was done at an average price of $580 psf. It has since racked up sales of 334 units.

Could smaller developers be leading the market at the moment then?

According to Cushman & Wakefield managing director Donald Han, projects that have registered substantial sales volumes can certainly have an impact on property prices which incidentally fell by 6.1 per cent in Q4 2008.

And, with the big developers staying largely out of the market, Mr Han added: 'You can't really blame the market when there is nothing to buy.'

Knight Frank director of research and consultancy Nicholas Mak noted that movements in the market - even small movements - are monitored by all developers, even the big ones.

Teo Hong Lim, chief executive of Roxy-Pacific (the parent company of Roxy Homes), also dismissed the perception that smaller developers are under pressure to sell because they have less holding power.

Roxy Homes has launched six small projects with a total of 165 units since the start of 2008 and Mr Teo said that the cost of its sites are typically around $300 per square foot per plot ratio. This, together with value engineering (no basements) and targeted marketing (small units), has helped Roxy-Pacific rake in $147.9 million in total sales value by the end of the third quarter of 2008.

More recently, Roxy Homes launched the 42-unit The Lucent in Telok Kurau and Mr Teo said it is about 50 per cent sold.

'I am taking an alternative approach,' explained Mr Teo of his sales strategy. Still aggressive, Roxy Homes has continued to advertise, spending about $1 million on ads. The developments, many of which are in Telok Kurau, are also designed for a specific market. 'We don't over-provide. We provide buyers with what they want, but not in excess,' he added.

Indeed, Roxy Homes' sales strategy has put it in an enviable position. Mr Teo said that with its 88-unit Nova 88 in Balestier, it has exhausted its land bank and can now look for new sites if the price is right.

Even more gung-ho is World Class Land (WCL) which recently launched its 38-unit Palmeria in Telok Kurau on the third day of the Chinese New Year last month, usually a quiet month for sales. 'Approvals (for sale) had been granted and the showflat was ready,' said WCL director Daniel Ng.

Palmeria may be a small niche product, but WCL still managed to sell 75 per cent of the units at approximately between $750 psf and $850 psf, a price that apparently sits well with buyers.

Still, according to PropNex CEO Mohamed Ismail, small- and medium-sized developers have little impact on prices as 'not only are their developments small in terms of the number of units, but also, as niche developments, they cater to a different client base altogether'.

Regardless, some appear to have taken on the role of 'testing the market' in terms of ascertaining price thresholds in these uncertain times.

Over 300 people went to view the showhouse over the first weekend of sales. However, no sales have been recorded yet. The prices, of course, were 'competitive'.
Posted by Richard Yeo at 9:56 AM No comments: