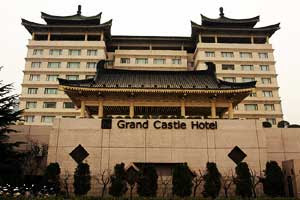 她透露，陕西省委书记赵乐际本月20日到新加坡访问，他会与在陕西投资的新加坡企业负责人见面；本月中国东方航空公司将开通西安到新加坡直航，这些都将为新加坡企业来新加坡发展创造有利条件，同时方便新加坡人来陕西旅游。
Posted by Richard Yeo at 11:51 PM No comments:

Not The End For En Bloc Sales

Horizon Towers ruling restores care back to selling of homes

THE Horizon Towers ruling has taken the property market by surprise, with some experts saying that the days of the 'en bloc jackpot' are well and truly over.

As it is, the rules around collective sales have already been toughened up. Amendments to the Land Titles (Strata) Act in late 2007 made the sale process more complex, costly and lengthy. 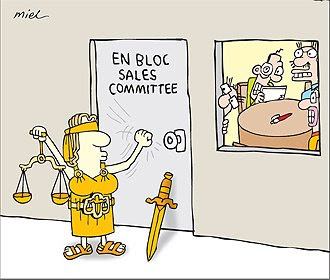 And last Thursday's Court of Appeal ruling shone such a harsh light on the way the estate's sale committee operated that some fear owners will shy away from serving on such bodies because the legal risks are too great.

The Court of Appeal's 117-page judgment, penned by Justice V.K. Rajah, exposed the fact, for example, that the need for an estate's rejuvenation or upgrading had been periodically hijacked by buyers' profit motives.

'The lure of 'windfall profits' has been a siren song for many (especially absent landlords and speculators), to the detriment of those who do not want to lose their homes at any prices,' it said.

It also likened the role of a sale committee to that of a trustee. Thus, even if it is largely made up of home owners wanting to sell, it must still hold 'an even hand' between all parties and take heed of the interests of objectors.

The court also stressed that the committee must not place itself in a position where there may be conflicts of interest - whether existing or 'potential'. It must also 'act conscientiously' to get the best price.

'It is the first time the minority group has won on the basis that the sale was not in good faith, and not on a technicality,' said Mr Philip Fong of Harry Elias Partnership, who represented the objectors.

The judgment has been met by howls of protest from many in the property sector. The fear is that the bar has been set so high that any future deals will be impossible. They say the balance has been shifted too far in favour of en bloc dissenters, such that an en bloc deal becomes vulnerable to even the smallest objections.

'It has become a thankless job, and there are so many restrictions and fiduciary duties. And you have the potential to be sued,' said Mr Shaun Poh, DTZ's senior director for investment advisory services and auction.

These are valid concerns, but the ruling must also be seen in broader terms.

It is a landmark judgment that has helped to level the playing field for minority owners, who have tended to be sidelined in the sale process.

And in the process, it will bring sanity back to a collective sale market that can get out of control easily, as shown by the numerous court cases in the past two years.

To be fair, some ageing residential estates are fast deteriorating, and deserve to be sold en bloc before they turn into urban eyesores.

But in the last property boom, developments that were just over 10 years old - or even newer than that - were also attempting a collective sale.

The pace of destruction was unwarranted, and I think it is a pity the pursuit of money so easily triumphed over the importance of preserving a country's architectural heritage and sense of place - something no amount of money can buy.

For many minority owners, what was also at stake were their own memories and a level of comfort that is not easily replaced. (During the boom, sale proceeds were often insufficient to get a similar replacement home.)

In dynamic Singapore where we are always buffeted by economic and social changes, the familiarity of home is perhaps more important than ever.

Yet minority owners have been pushed aside as sale committees single-mindedly work towards achieving a collective sale and hitting jackpot earnings.

At times, they have been at the complete mercy of indifferent speculators, who go around buying up units in old estates and then agitating for a collective sale.

Covering the boom and bust of the property market in recent years, I have heard many stories about these sales tactics. People have told me how those home owners who oppose collective sales of their estates are routinely banned from owners' meetings. There was one instance of a sale where no minutes of any committee meeting were kept.

Minority owners have had their cars scratched and families threatened.

Some have even hit the headlines by taking irrational action to save their homes. In 2007, one family refused to move out of their Newton area condominium, even as the building was being prepared for demolition.

For these people, the judgment is a welcome step forward in the right direction.

The question, of course, is whether the court has gone too far.

Will this judgment spell the death of all collective sales, and the happy windfall profits often associated with them?

Worse still, does it create the opposite problem - an unhealthy aversion to en bloc deals?

The fact remains that if an estate is ripe for renewal, and most of its residents agree, it can - and will - be sold en bloc.

'As long as sale committee members act on behalf of all owners and transparently, it shouldn't be a problem,' said Knight Frank investment sales head Foo Suan Peng.

And herein lies the real significance of the Horizon Towers saga, with all its twists and turns.

It restores the requisite level of care and attention that should be paid when people contemplate selling something they are as emotionally attached to as their homes.

And if society in general eventually learns to be guided by principles other than monetary gains, then it can only be a good thing.
Posted by Richard Yeo at 1:39 AM No comments: