FRESH evidence emerged yesterday of a possible short-term rebound in the private residential market with strong demand at a 91-unit development in River Valley.

A quiet relaunch preview was held at the freehold Nathan Residences - and 75 units were snapped up quickly. These sales were sealed even though there was no interest absorption scheme or stamp duty waiver to entice buyers.

All the one-bedders have been sold. The left-over units include eight penthouses costing around $1.6 million each and a few ground-floor units priced around $1.2 million.

Knight Frank, which marketed the project, said buyers were mostly couples and singles, and an overwhelming number were locals and permanent residents. HDB upgraders made up about 30 per cent of buyers.

'This shows that confidence is back and people are willing to buy when something good comes along,' said its executive director, Mr Peter Ow.

A new sold-out project sale nearby - The Mercury in Shanghai Road - was launched in March this year. Its 67 units went for a lower price range of $779 psf to $1,258 psf in March and April.

Market observers have said that more developers are preparing to launch their projects, hoping to bank on the renewed buying interest in the market.

Demand for new projects has generally risen as developers lower prices from earlier levels. The buying mood has also largely been helped by the recent rally in the stock market, observers said.

However, quite a number of individual sellers appear to have started raising their prices from the lows, following in the footsteps of some developers.

Upcoming major launches this month may include the 152-unit One Devonshire in the Killiney Road area, the 388-unit Oasis@Elias in Pasir Ris and Frasers Centrepoint Homes' 330-unit leasehold project near the Woodleigh MRT station.
Posted by Richard Yeo at 12:45 AM No comments:

Singapore Is 11th Most Liveable City In Asia

Singapore is the 54th most liveable city in the world, below San Francisco (US), and a notch above Budapest (Hungrary). Its placing also puts it above cities like Seoul (58th) and Taipei (62nd), but below Hong Kong (39th), Osaka (13th) and Tokyo (19th).

Singapore's placing also makes it the 11th most liveable city in Asia, including cities in Australia and New Zealand.

Vancouver remains top of the league table, benefiting from strong Canadian infrastructure and Harare sits at the bottom thanks to the unfolding crisis in Zimbabwe.


The results are according to the latest Economist Intelligence Unit global liveability survey, which has put cities in Australia, New Zealand and Japan close to the top of the ranking of 140 cities.

At the other end of the ranking, most of the poorest-performing locations are in Africa or Asia. Dhaka in Bangladesh is the lowest-scoring city in the region in joint 138th, just one place above last-place Harare.

Jon Copestake, editor of the report, said: "The performance of Asian cities reflects the diverse levels of development throughout the region. Australian cities represent many of the best aspects of liveability while instability in countries like Pakistan and Bangladesh means that cities in South Asia fare much worse."
Posted by Richard Yeo at 12:44 AM No comments:

Beware Of Pitfalls In Property Deals

Besides errant agents, there are other factors to be mindful of during bad times, say experts

A couple recently lost out on a property deal because their agent sold off the unit without their knowledge. 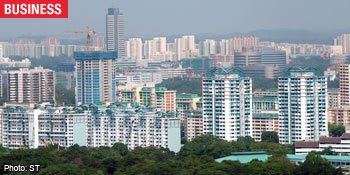 In another case, a couple paid cash for a deal that did not materialise.

In every property downturn, some agents will get 'creative', though a deal can fail for many other reasons, property agency bosses said.

Buyers should always take precautions and do their homework when presented with what seems like a really good deal, they said.

A couple thought they had bought a unit at Yishun Emerald when they paid $5,000 cash for the option to purchase, as well as another $20,000 upfront to the seller, of which $8,000 went to the agent.

The seller let them move in early while they waited for the $550,000 sale to complete. They held their housewarming party and settled in.

But the deal fell through. The condo's management could not transfer the unit to them because of the seller's debt arrears.

The $12,000 upfront cash was for the seller to pay that debt. Not only did he not pay it, he also asked to borrow money from the couple on a few occasions, said the husband, MrJumari Osman, 34.

'We realised the seller was also defaulting on his housing loan and that his flat was later repossessed by the bank,' he said.

By then, the couple had forked out nearly $40,000, including legal fees and the bank mortgage penalty fee. The agent refused to return his commission to them and the seller said he was flat broke.

'It was a negative sale, so we knew the seller wasn't going to get anything out of it, and that he had a debt with the condo's management,' said Mr Jumari.

'But we were not told at all that the unit was in danger of being repossessed.'

The agent, Mr Jumari said, claimed that he did inform them of the problem. In any case, he was the one who instructed them to pay the $20,000 to speed up the sale, said Mr Jumari.

In this case, 'the buyer should have made the cheque out to the MCST (management corporation) instead of the seller, knowing that the seller has debts', said Mr Chris Koh, director of Dennis Wee Properties.

What the agent should have done was to get a lawyer to add a clause in the standard option to purchase document, saying the $12,000 is for the payment of the MCST debts, he said.

As an added precaution, the clause could have also said that the $12,000 was conditional to the sale, he said.

As a sign of goodwill, the agent should refund the commission, agency bosses said.

This way, their exposure will be limited if the deal gets terminated for various reasons, such as the death of the seller or if the seller becomes bankrupt, experts said.

Mr Kenneth Chia and his wife were so keen on a Spring Grove unit in Grange Road that they were prepared to offer a cheque on the spot.

The seller's agent told them not to bother with the cheque (the asking price was $1.08 million) and later sold the unit to another party for $1 million in a co-broke deal.

The couple's beef was that the agent did not inform them of another higher offer that came later.

When confronted, the seller's agent said she was not bound by duty to tell them about it, said Mr Chia, 32.

In hindsight, everyone may be willing to pay a bit more, experts said. 'What keen buyers should do is to make an immediate offer that is close to the seller's expectations,' said PropNex's Mr Ismail.

In this case, if the couple did not raise their offer on the spot, it meant their offer was only $990,000, said ERA associate director Eugene Lim.

'If another buyer later offers a cheque at a higher price that the seller agrees to, it will be a done deal. The agent is not obligated to inform the previous home-hunter of the higher offer,' he said.

The key is whether buyers are serious about their offers, experts said. 'When the buyer makes an offer to the seller through our agent, we do it officially through a document called the offer to purchase. It is never verbal,' said Mr Lim.

There are sellers out there desperate for cash, and agents may thus structure an attractive deal for the buyer.

In these cases, the buyer may be tempted by the extra discount, which is all right as long as precautions are taken, said Mr Ismail.

Let's assume a seller is willing to sell his $1 million property for $950,000 on the condition that the buyer gives him 10 per cent of it in cash immediately.

Typically, the buyer pays 1 per cent, and a further 4 or 9 per cent within four weeks, to the seller's lawyer. The money will be transferred to the seller when the deal is completed three months later.

Problems will arise if the seller's housing loan is more than that amount. 'If the seller cannot redeem the loan, the property will not be transferred to the buyer,' said Mr Ismail.

To avoid this problem, a buyer should get his lawyer to check on the seller's outstanding loan on the property, he said.

Another risk is that the seller becomes a bankrupt within the three months it takes to complete the deal, said Mr Ismail.

A buyer should therefore also check to see if there are any pending legal suits against the seller to ensure he won't be made a bankrupt before the deal is sealed, he said.
Posted by Richard Yeo at 12:40 AM No comments: 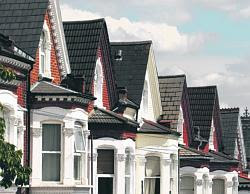 STEEP RISE - Halifax warns that the underlying trend for the housing market remained weak, despite tentative signs of a stabilisation

The figures offered another sign Britain may have come through the worst of the recession, just hours before the Bank of England announces its latest monetary policy decision.

But policymakers will want much more information on how the economy is faring and are expected to hold interest rates at a record low of 0.5 per cent this month and maintain the pace of its £125 billion (S$292.57 billion) quantitative easing programme.

Halifax said that house prices rose 2.6 per cent in May, the biggest increase since October 2002, while the annual rate of decline eased to 13.6 per cent from 17.7 per cent in April.

The figures confounded analysts' forecasts for a monthly fall of one per cent and propelled the pound around half a cent higher against the US dollar.

But analysts cautioned against reading too much into one month's data, warning price moves tended to be volatile during a downturn and that broader economic conditions are weak.

'Despite markedly rising buyer interest, we believe that the pick up in actual house purchases is likely to be gradual and fitful for some time to come given ongoing tight credit conditions and still relatively poor economic fundamentals,' said Howard Archer, economist at Global Insight.

Still, Thursday's figures were the latest in a clutch of recent data suggesting Britain may be starting to emerge from the downturn and the closely-watched purchasing managers' surveys this week signalled growth may even have resumed last month.

However, soaring unemployment and still-tight lending conditions are likely to hamper any swift recovery.

Figures from the Society of Motor Manufacturers and Traders released on Thursday showed new car registrations fell 24.8 per cent on the year last month, a faster decline than in April.

BoE policymakers have stressed great uncertainty about the outlook for the economy and many analysts are sceptical about the prospects for a strong recovery. Halifax said that house prices in the three months to May fell 16.3 per cent from a year ago, the slowest rate of decline since December, and that the average price of a home stood at £158,565. But it warned the underlying trend for the housing market remained weak, despite tentative signs of a stabilisation. 'House sales remain substantially below their long term average and market conditions are expected to remain difficult, with housing activity continuing at low levels over the coming months,' said Halifax economist Nitesh Patel. -- Reuters
Posted by Richard Yeo at 12:35 AM No comments: