Parkway Centre Up For Collective Sale

The 99-year leasehold Parkway Centre has been put up for collective sale. 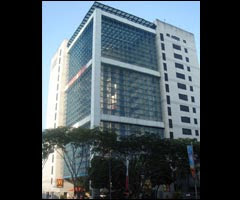 The commercial property, which is located in the Marine Parade town centre, can be redeveloped into an office-cum-retail development, with a gross floor area of up to 157,625 square feet.

The building is located opposite Parkway Parade and near Roxy Square. It is surrounded by residential projects like Parc Seaview, Silversea and Amber Residences.

The property is linked to the East Coast Park Expressway and is near Singapore's central business district.

Jones Lang LaSalle is the sole marketing agent for the project.

Sales of private homes in Singapore improved 17.5 per cent in September, compared to the previous month. 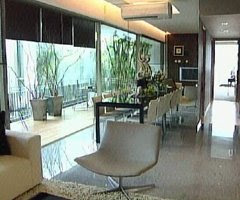 But analysts said the pickup fell short of expectations, given the low base in August caused by the Hungry Ghost Festival. The seventh month of the Lunar calendar is traditionally regarded as an inauspicious period and buyers usually refrain from making purchases during that time.

Almost 300 per cent more units were launched for sale in September, compared to August. Property developers sold 376 units in September, just 51 units more than the preceding month. Nonetheless, some analysts see something to cheer about in the data.

Ku Swee Yong, director, Marketing & Business Development, Savills (Singapore), said: "I already see that as a positive (sign) because in September, the stock market beat the whole market down, so many investors were spooked."

The stock of private residential properties has been building up in the past year and was compounded by a large oversupply in September.

As buyers become more cautious in light of the economic downturn, prices are expected to fall.

Nicholas Mak, director, Consultancy & Research, Knight Frank, said: "Whatever gains made in the first half of this year will probably be lost by Christmas. Depending on how the global economic and financial situation plays out, I think there's still a lot of uncertainty and turmoil out there.

"There is a possibility we could see further weakness in home prices in 2009, especially if the Singapore economy were to slip into a prolonged recession.

"At the moment, we haven't seen some of the major bad news like massive retrenchments or fall in salary levels. If such a thing were to happen, we could see people giving up homes or downgrading."

Knight Frank said bad economic outlook could result in a double-digit fall in home prices in 2009. But others are not as pessimistic.

Ku said: "Private residential prices in mass market will still hold up very well, probably for the next 18 months... we believe so because the demand for public housing is still strong.

However, all agree that within the private residential sphere, luxury properties will bear the brunt of price pressures.

"For luxury and mid-tier residential market, we think that over the next 18 months, we might see about 5, 10 per cent drop. For the very luxurious properties, about 15 per cent drop in prices," Ku added.

Luxury properties tend to attract speculators who have retreated from the market in the current unpredictable financial environment. - CNA/so
Posted by Richard Yeo at 10:24 PM No comments:

DEMAND has been red hot for two recent launches from the Housing Board, with over 10 times more applicants than flats available.

An offering of 150 smaller flats - studios to three-roomers - was swamped with 2,426 applications in the space of just a week.

And, last Friday, the half-yearly sale of three-room premium, four-room and bigger flats achieved an extraordinary response: 7,036 applications have been submitted for 683 units, yet the offer runs until Thursday.

The launch of the smaller units featured three-roomers, two-roomers and studios in estates across the island, including Bukit Merah, Geylang, Jurong East, Sengkang, Ang Mo Kio and Marine Parade.

There were 582 applications for studios and 1,844 for two- and three-roomers combined in the offer from Oct 2 to 8.

PropNex chief executive Mohamed Ismail was not surprised at the robust demand. He said: 'HDB prices, although subsidised, have gone up. Lower-income households are left with not much choice but to turn to three-room flats as a starting platform.'

Three-roomers also provide the highest rental yields in the long term, he added, making them profitable for buyers.

Such flats are offered to lower-income households. Studio applicants must be 55 or older and their gross monthly household income must not exceed $8,000.

The gross monthly household income for applicants for three-room flats must not exceed $3,000. The limit for those hunting for a new two-roomer is $2,000 .

This month's launch shows some changes from the previous small-flat offering held in July. Then, 103 two-room flats and 97 three-roomers were offered, attracting 1,809 applications.

Demand is also robust for HDB flats at the other end of the price spectrum.

A total of 9,083 applications came in for 992 homes offered in a balloting exercise held between Sept 26 and Oct 9.

Only One Bid Received For Transitional Office Site

THE tender for a transitional office site in Mohamed Sultan Road has closed with only one bid of $4.65 million, from RSP Architects Planners and Engineers.

Knight Frank director (research and consultancy) Nicholas Mak said this is the second-lowest bid received for such a site.

In January, a site at Aljunied was not awarded after the Urban Redevelopment Authority (URA) rejected the sole bid of $38.37 psf ppr.

Mr Mak said RSP's bid reflects the 'turbulence in the markets and the knowledge that there is a lot of supply coming up'. He doubts URA will award the Mohamed Sultan Road site as it might encourage opportunistic bidding, especially as the tender for another transitional office site is set to close next month.

Transitional office sites were introduced in 2007 as a stopgap measure to address an office space crunch.

RSP's present office is in Scotts Road. It would likely build an office for its own use on the Mohamed Sultan site, though Mr Mak said that based on the permissible GFA, it would also be looking to lease out the remaining space.

The low bid comes as a surprise, especially as Mohamed Sultan is considered a central location.

Cushman & Wakefield managing director Donald Han said he expected bids to be at least half of those for two previous transitional office sites around Newton MRT, which were awarded at $242.50 and $226 psf ppr in April and May.

'There is a chance the site will not be awarded as it would distort property prices,' he said.

Perhaps more importantly, the market appears to have reached saturation point as far as demand for transitional office sites goes. 'This will send a strong signal to URA,' Mr Han said.
Posted by Richard Yeo at 9:55 PM No comments:

随着金融海啸逐渐发挥威力，郑惠匀也认为，10月份的销售情绪会依旧谨慎，因此发展商推出的项目可能会比9月份少，销售量也可能会介于250至300个单位之间。
Posted by Richard Yeo at 9:50 PM No comments: