A dispute between property developer Lee Tat Development and Grange Heights residents over a strip of land came to an end on Tuesday as the Court of Appeal ruled in favour of Lee Tat, overturning an earlier appeal decision. 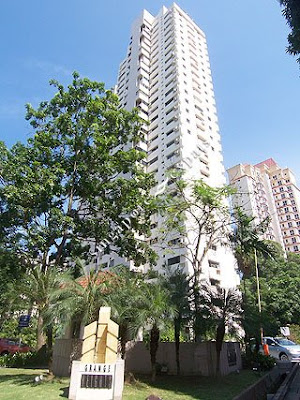 It is extremely rare for the Court of Appeal to re-look a case that it has passed judgement on.

Since the 1970s, Lee Tat has been trying to stop the residents from using a pathway, which is surrounded by land owned by the developer, as a shortcut to nearby shopping centres and bus stops.

After four court proceedings over many years, the Court of Appeal has finally given the right of way to Lee Tat.

In the ruling, it is noted that for more than 30 years, residents have not used the pathway often. - CNA/so
Posted by Richard Yeo at 6:35 PM No comments:

THE government will release 10 additional sites for development as temporary foreign worker dormitories, which can take up to 20,000 bed spaces. 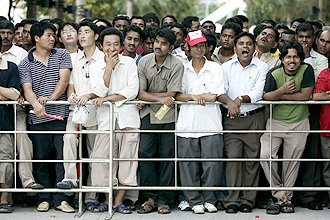 'The temporary dormitories are part of the efforts of the Government to provide proper housing for foreign workers while more purpose built dormitories come on stream over the next few years,' said the MND. -- ST PHOTO: DESMOND LIM

The others are vacant state lands in Jurong Road, Mandai road, Old Choa Chu Kang Road, Hougang Avenue 3, Seletar West Farmway and Kim Chuan Road, which will be available for tender on short leases of up to six years.

The sites will be launched in tandem with demand over the next few years, said the Ministry of National Development in a statement on Wednesday.

The temporary dormitories are expected to be completed within six to eight months from the date of construction.

'The temporary dormitories are part of the efforts of the Government to provide proper housing for foreign workers while more purpose built dormitories come on stream over the next few years,' said the MND.

'This complements other short-term efforts, such as relaxing the guidelines for the conversion of factory premises into dormitory spaces. These efforts will help to relieve the current overcrowding in residential premises arising from a shortage of foreign worker accommodation, which could pose public health and fire safety risks to the general public.

MND said it will be working with the Ministry of Manpower to step up enforcement action against employers who house their foreign workers in improper premises.

The ministry said it has, over the past two months, consulted the respective Advisors and grassroots organisations on each of the temporary dormitory sites.

Following these consultations, several measures will be put in place to minimise disamenities posed by the dormitory developments.

Among the requirements, the dormitories will have to provide adequate facilities for workers, appoint a liaison officer as a point of contact for the grassroots organisations and conduct educational programmes within the dormitories to inform workers of the social norms and laws in Singapore.

'Police will adopt the necessary measures to prevent and detect crimes in the neighbourhood and will also work with community stakeholders to initiate safety and security projects where appropriate,' said MND.

The Government is also currently engaging the advisers and grassroots leaders of existing areas with very high foreign worker populations to identify and implement appropriate measures, added the ministry.

The siting of a foreign workers' dormitory in Serangoon Gardens stirred up a furore, when many in the private residential estate opposed having it near their homes. They expressed concern over a rise in crime, disorderly behaviour and traffic congestion.

However, the plan is going ahead. A school will be converted to house up to 600 workers, mainly factory workers in the IT and electronics industries.

The swell is sparked by the strong economic rebound in the past two to three years, as more were brought in to keep a lid on business and living costs.
Posted by Richard Yeo at 6:18 PM No comments: