Homes are looking more affordable Down Under given the weaker Aussie dollar.

Australia is reappearing on investors' radar screens, with homes there looking more affordable to overseas investors now that the Aussie dollar has weakened from a year ago. 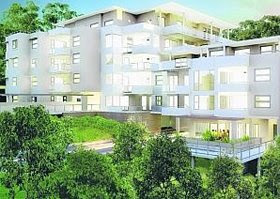 'Australia's banks are still well capitalised and in a global economy with a lot of high-risk investments, the Australian market is comparatively low-risk, which is what many investors are looking for right now,' said IP Global managing director and founder Tim Murphy.

But the window of opportunity may not last. After Lehman Brothers collapsed, the Aussie dollar fell to below par against the Singapore dollar, fetching about 92 Singapore cents. One Aussie dollar now fetches some S$1.065, compared with S$1.27 a year ago.

'Analysts are predicting the Australian dollar will become stronger as investor risk appetite returns, making it important to borrow in the currency you are buying in and let the rental service the mortgage payments,' said Mr Murphy.

MLG Australia managing director Marcus Gilmore said there has been a major influx of activity this year and mostly in the lower end of the property market, thanks largely to first-time home buyers' grants. (The high-end market has slowed considerably.)

Experts cautioned that foreigners - who are allowed to buy only new properties directly from developers - should buy only properties that have a resale market.

What they should be cautious about, said Mr Gilmore, are the tourism markets, as the resale markets are flooded with properties, and bank funding for these markets is hard to obtain at the moment.

Said the firm's residential sales and investments manager Shane Smedley: 'Potential investors should be focused more on rental yields than capital growth in the current market as the days of high capital growth are behind us for the moment.'

Although the Western Australian economy may contract this year, Mr Craig said Savills expects it to be short-lived. 'The long-term outlook for our property market remains prosperous given our strong links with China.'

Mr Murphy, though, is keen on Sydney and Melbourne as these cities continually have limited new supply of homes and high occupancy rates. For instance, the rents in Sydney rose by 15.4 per cent year on year in 2008 according to Australian Property Monitors data, he said.

Investors should know that property prices have not come off as much as that in other markets when buying prime location properties in Sydney and Melbourne. Also, borrowing costs will more than likely rise in the medium term, said Mr Murphy.

'However, one must also take into account that the currency depreciation and low borrowing costs mean real prices are much lower than they were 12 months ago.'
Posted by Richard Yeo at 6:14 AM No comments: