Next 5 To 10 Years Will Be Most Promising For S'pore: MM Lee

We are going to move into a new plateau, a new platform, he says

For someone who has openly admitted that he worries constantly about the future of the country he's helped to build, Minister Mentor Lee Kuan Yew yesterday painted a surprisingly upbeat picture of what the near future holds for Singapore. 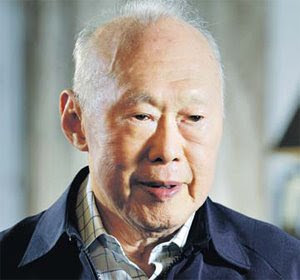 The next five to 10 years will be the 'most promising' in the Republic's entire history, said Mr Lee last night at a dialogue organised by the Economic Society of Singapore (ESS).

Responding to a question about whether he was still optimistic about Singapore's growth prospects, Mr Lee said: 'If there are no big recessions worldwide, easily 4 to 6 per cent, maybe 7 to 8 per cent (a year). We should be all right.'

The hour-long dialogue at the Ritz-Carlton Hotel - attended by over 800 guests including economists and academics - was the first time that Mr Lee had spoken at an ESS event since 1969.

'We are going to move into a new plateau, a new platform. I took a drive around Marina Bay the other day. You can see the boardwalk they are putting up, the integrated resorts, Clarke Quay, the Singapore River. This will be a beautiful city in five years. In 10 years, it will be wonderful and on a different plane,' he said.

But with Singapore facing tough structural issues such as an ageing and dwindling domestic population, Mr Lee described the country as 'not normal' compared to other cities such as Hong Kong and Macau.

'We are on our own, running our own navy, army and air force. Hong Kong does not do that, neither does Macau. We therefore have no room for making mistakes, hence the biggest expenditure in our budget is defence, followed by education. Without defence, you are inviting everyone to just walk in and take over - and they will,' he said.

At the end of the day, Mr Lee said, the government had a duty to give the best life possible for the population. But the 'biggest problem', he said, was in retaining talented individuals that want to make Singapore their home.

'We have educated Singaporeans in English to the best of the world's standards, made them viable and employable anywhere in the world. You need that core group who are able, well-trained, to say this is my country and I'm going to build it up,' said Mr Lee.

On the flip side, however, he explained how Singapore has been successful in attracting talent from overseas who eventually take root and settle down here.

'We have lost some whom we would have dearly loved to keep. We've trained them, high fliers who went to the US to top universities, then worked for financial corporations and big institutions. Maybe they'll come back, maybe they won't. At the same time, we have even larger numbers of people - from India, China, Malaysia, Indonesia, Thailand, Nepal, who want to stay here,' he said. 'I'm not so pessimistic about the trade-off. I think so far we are net winners.'

Mr Lee was also asked about whether Singapore needed a liberal democracy to succeed economically, a suggestion that the Minister Mentor pounced on.

'Over the years, nations have become quite ideological in saying that if you want to succeed, you must have a free market and liberal democracy. The idea is that if everyone had a liberal democracy, there would be no wars. I doubt that.'

'They are prescribing universal rules for the whole world. My question to them is: 'Have you ever run Singapore? Do you know how we got here?'. . . We are not stupid people, they give us all this advice. The International Bar Association, who are they? Have you ever built a community and given them jobs? We have, and we know what's good for us.'

Mr Lee then suggested how there was a conspiracy by foreigners against Singapore's success story. 'Why? Because we are a little red dot. They see us as a threat. The Russians are studying us. How does this little country, with so little talent, keep its ruling party in place and run a tight ship, honest and effective, and make progress? Can they do it? I don't know. They are picking up points here and there. If they can, good luck to them.'

The key to being successful in this regard, he added, was to 'have a feel for the people and be honest and meritocratic'.

'Can this system last? I'm not sure. I've done my job. I've passed it on to the next generation. I hope they will pass it on to an equally confident generation. As long as they can do it, they will last.'
Posted by Richard Yeo at 5:37 PM No comments:

STB rules not to bring forward Aug 7 hearing, which must take place before deal is signed by July 25 deadline

THE sales committee at Tampines Court looks to have shot itself in the foot after a ruling by the Strata Titles Board (STB) yesterday almost certainly killed off its estate's $405 million collective sale. 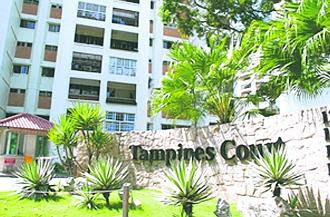 CRUCIAL: With no extension, the Tampines Court sale agreement will likely lapse on July 25. -- PHOTO: WWW.CHANKOKHONG.COM.SG

It delayed seeking mandatory STB approval for the deal and is now caught in a deadline trap of its own making.

The key date is July 25, that is when the estate's sales committee must complete the deal. However, that looks impossible now after yesterday's STB decision.

The board ruled that it would not bring forward an Aug 7 hearing set to allow testimony from witnesses that have yet to be called.

The STB had pencilled in the date after listening to sale objectors on June 16 to 18 and 'taking into account the availability of all parties and the board', it said.

Until that Aug 7 hearing is conducted, the sale cannot be signed and sealed.

The Straits Times understands that the sales committee wanted a date change as the buyers - Frasers Centrepoint and Far East Organization - will not extend the completion deadline.

With no extension, the sale agreement will likely lapse on July 25. This means the developers can walk away from a deal that looks far less compelling now than last July, given souring homebuyer sentiment and escalating construction costs.

However, this might be a blessing in disguise for some owners at the estate. The deal was inked just before the property boom at prices around $430 per sq ft (psf), but private homes in Tampines now go from $550 to $700 psf.

The deadline crunch seems to be of the sales committee's own making.

The conditions of the sales agreement were met on July 25 last year but the committee delayed applying for the standard STB approval until Jan 7.

The committee told the STB that it wanted to await the outcome of legal challenges over the contentious Gillman Heights sale.

The committee argued that if the Gillman Heights sale was halted over issues of majority consent, it would have made a Tampines Court application futile.

In the Gillman Heights case, minority owners appealed all the way to the High Court, claiming that collective sale rules did not apply to former Housing and Urban Development Company (HUDC) estates.

Tampines Court is also a former HUDC estate so any ruling could have killed its own collective sale.

But Justice Choo Han Teck ruled last month that a privatised HUDC estate can be sold collectively if the requisite conditions are met.

While that also cleared the way for the Tampines Court sale, it left the sales committee with little time to tie up loose ends, including objections by minority owners.

The STB registrar had some sympathy yesterday for the committee's argument about why it delayed applying for sale approval.

But he pointed out that a sale agreement has a deadline and, by waiting for the High Court ruling, the committtee took the risk that it would not have enough time to get a ruling from the board before the expiry date.

'This is a calculated risk, whose consequences they will have to bear,' he said.

'The board should not be pressured to accommodate a deadline set by the applicants and the buyer.'

A lawyer acting for the minority owners told The Straits Times that he did not want to comment on the outcome.

The one lifeline for the majority owners would be if the buyers extend the deadline but that also looks a lost cause.

Far East Organization and Frasers Centrepoint told The Straits Times last night that they are ready to complete the deal, but 'the onus was upon the vendors to secure the STB order within the agreed timeframe, which is about 16 months from the date of the agreement'.

'The project, unsurprisingly, has become less attractive,' he said.

July 25, 2007: The conditions of the sales agreement are fulfilled.

Jan 7: The sales committee applies to the Strata Titles Board (STB) for sale approval and the minority owners then file their objections.

June 16 to 18: The STB hears the objections and sets the next hearing for Aug 7.

June 30: The sales committee applies to bring the Aug 7 hearing forward to before the sale's July 25 expiry date. 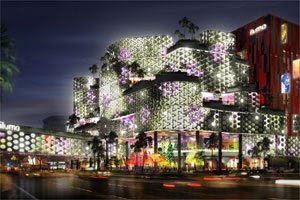 市建局决定在白沙浮建设崭新的Iluma娱乐城，让本区活力四射，散发文化、艺术、教育与娱乐中心的气息。
Posted by Richard Yeo at 5:20 PM No comments:

在转售回报和租金持续下滑的情况下，达尔威和拉兹预测，我国豪宅价格将进行大幅度整合，在未来三年内滑落32.3％，平均售价达每平方英尺1847元。至于大众化私宅，他们认为，今年的售价相信将持稳，全年微涨0.5％，但在新供应陆续推出市场后，到了2010年可能退低19.4％。
Posted by Richard Yeo at 12:48 PM No comments: