Property watchers say they do not expect to see any sale of the hotel sites under the Reserve List during the coming quarter, because of the current cautious sentiment in the market. 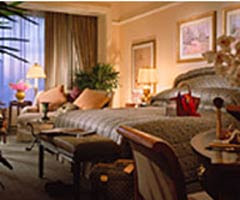 Under the Government Land Sales programme for the second half of the year announced on Thursday, 10 hotel sites were up for sale but only one via the Confirmed List.

Hotel room rates have been rising as Singapore receives more and more visitors. But developers have not been jumping to lay claim to hotel sites put up for sale.

Nicholas Mak, director for consultancy & research at Knight Frank, said: "What the government is doing is that it is trying not to force feed the market, not to put out sites for sale when there may not be any genuine demand for such hotel sites."

None of the sites earmarked for hotel development has been sold this year.

Property watchers say it is unlikely any hotel sites under the Reserve List will be triggered for sale in the coming quarter, given the current cautious sentiment in the property market.

Despite this, some 11,200 hotel rooms are expected to be completed between now and 2011, with some 1,800 expected to be ready by the end of this year.

Analysts say they are confident that there will be sufficient supply to meet demand when Singapore hosts the Youth Olympics in 2010, and when the integrated resorts open.

Mr Mak said: "On the whole, the total potential supply that is available from all the land (set aside) in the Government Land Sales programme for the next six months is about the same as what it was in the first half of 2008. So, they (the government) are not really reducing the potential supply but it is more of a case of shifting the potential supply to the more flexible system of the Reserve List." - CNA/ir
Posted by Richard Yeo at 8:50 PM No comments: