City Developments Ltd's (CDL) executive chairman Kwek Leng Beng reckons that the government may abolish the interest absorption scheme or reintroduce land sales through the confirmed list if it is concerned about a property bubble building up. 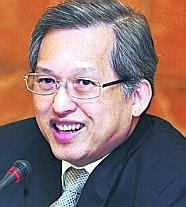 The luxury residential market here will recover 'when the casinos open and are performing reasonably well and the world economy is more or less recovered to a good extent'. - Kwek Leng Beng

However, the authorities will deliberate carefully before introducing any measures to cool the market, given the government's cautious economic outlook for the second half, Mr Kwek said yesterday.

'In an uncertain time, you press the wrong button, (it may be) disastrous. I'm a strong believer that whatever the government wants to do, I think they've got to think very carefully - and they will,' Mr Kwek said in response to an analyst's question during CDL's Q2 results briefing yesterday.

National Development Minister Mah Bow Tan last month observed that there are signs of speculation in the property market, and said that the government will act if it overheats. He also urged home seekers to buy only within their means.

The minister's comments followed a strong pick-up in private home sales, with queues forming at some property launches and developers raising prices for some projects.

Yesterday, Mr Kwek noted that while 'some amount of speculation is good for the market, excessive speculation can lead to disaster'. Like some other developers, he argued that the resurgence in housing sales 'should not be viewed as over-exuberant or extraordinary, bearing in mind that developers had put on hold many launches last year'. He also said that 'to-date, property prices for the low and mid-tier market have yet to recover since its peak of 1996' - a point on which some market watchers begged to differ.

Mr Kwek attributed the strong home sales seen in the market in the first-half of this year to pent-up demand; developers' willingness to trim prices to more realistic levels to move stock; low interest rates on home loans and fixed deposits; and property remaining a good hedge against inflation; among other factors. 'Moreover, foreign investors are slowly returning to Asia, with increased confidence in its prospects.'

He acknowledged that the fast pace of recovery in overall market sentiments had taken even him by surprise.

In its results statement, CDL said that it has 'always advocated that property investors should take a medium to long-term perspective and be able to service their loans'. It added: 'With all the readily available statistical data about the property market and its transactions, home buyers today are more savvy and far-sighted, and they should be able to make discerning decisions about their investments.'

Last October, amid the global financial crisis, the government suspended sales of sites through the confirmed list - under which land parcels are launched for tender according to scheduled dates. However, sites remain on offer through the reserve list, under which the state will launch a plot for sale only upon successful application by a developer which undertakes to offer a minimum price acceptable to the state. In his pronouncement on the private residential market in late July, Mr Mah said that the government is considering whether it should reintroduce the confirmed list for first-half 2010.

In October 2007, the government scrapped the deferred payment scheme (DPS) amid complaints that it had fuelled property speculation. However, the now-popular interest absorption scheme (IAS) that is being offered by developers and banks mimics DPS in that buyers do not make any payments beyond the initial 20 per cent until the project is completed. However, IAS buyers have to sign up for a bank loan immediately and hence undergo a credit assessment for better risk management.

Mr Kwek yesterday was enthusiastic about the Urban Redevelopment Authority's survey to establish lifestyle needs and trends here. Singapore will have 'a different platform when the two integrated resorts are ready', he said, as they will attract different types of customers, some of whom will want to buy residential property in Singapore, citing the experience in Macau.

The luxury residential market here will recover 'when the casinos open and are performing reasonably well, and the world economy is more or less recovered to a good extent', he added.

The increase in overseas visitor arrivals expected to be generated from the IRs' casinos and the conventions business is also expected to create spillover demand for other hotels on the island.
Posted by Richard Yeo at 5:54 AM No comments: