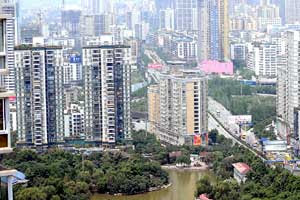 他认为，重庆市政府的做法对房地产市场是信心上的支持，“更重要的是政府希望以此加快城市建设，提升整个城市的价值。”
Posted by Richard Yeo at 8:21 PM No comments:

Applications for Park Central@AMK roll in, but how many will translate into actual sales?

SINCE its launch last week, more than 1,000 applications have been received for 578 units at Park Central@AMK, Singapore’s third condominium-style public housing development.

With developer United Engineers (UE) pricing its Design, Build and Sell Scheme (DBSS) project at $490 psf to $500 psf, it remains to be seen how much of the 20,000 visitors to the showflats will translate into applications by the Aug 5 deadline.

Earlier this year, the pricing of such projects built by private developers had caused a stir.

City View@Boon Keng’s price tag of $520 psf was a record for new public housing flats. More than 3,500 people applied for the 714 units — but only 66 per cent actually bought them.

Six months after its launch, 20 per cent of the units remain unsold, said the project’s marketing agent.

But this slower pace of sales “does not mean the market cannot sustain the price”, said Mr Donald Yeo, executive director of HSR International Realtors. “It’s still very competitive and I believe the prices are still realistic.”

Buyer response had hit fever pitch for the first DBSS development in 2006, when nearly 6,000 people applied for 616 units, going for around $300 psf, at Premiere@Tampines.

At Park Central, all units come with the look and feel of a private residential home but they cost about 40 per cent less, at $500 per square foot.

The developer did not think the resale flats in the area would pose a threat to sales of Park Central, as many of the resale units are about 10 to 20 years old — and most home hunters prefer to buy new flats, even at a 10 per cent premium.

Industry players expect prices at the next condo-style public housing project in Bishan to be even higher, partly due to the spike in construction cost.
Posted by Richard Yeo at 8:19 PM No comments:

Rents Falling At Most Condos

TENANTS, rejoice: rents have begun to fall at a majority of condominiums in Singapore on the back of fresh home supply and a turnaround in market sentiment.
Two in every three projects with a substantial number of leases saw rents drop in the second quarter from the previous three months, according to the latest data from the Urban Redevelopment Authority (URA). 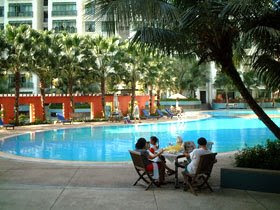 This marks a reversal from the last two years, when private home rents soared, especially in expatriate-friendly areas, due to an insufficient supply of rental homes and an influx of expat tenants.

Now, rents are dipping in almost every location around the island, but particularly in the two areas most popular with expats - East Coast and the central region around Orchard Road.

This could mark the start of a downtrend that experts say may worsen with more home completions, especially in the prime areas, where rents have reached stratospheric levels.

URA's data analysed rents in developments with at least 100 units and that have 10 or more leases each in the first and second quarters this year. Of the 124 projects in this category, 80 - or about 64 per cent - saw rents drop between the two quarters.

But URA also has a more comprehensive rental index that covers all rental transactions, including those at projects with fewer than 10 leases. This showed that rents across the country rose 2.5 per cent overall in the second quarter, the smallest rise in three years.

Rents are taking a hit largely because the stock of homes available for rental has risen, property consultants said.

Several major projects have recently been completed that were heavily bought into by investors planning to rent out their units. These include the 640-unit Icon in Tanjong Pagar, a 430-unit tower at Sail @ Marina Bay, the 600-unit Citylights at Lavender, and the 546-unit Sea View in Amber Road.

Ms Tay Huey Ying, director of research and advisory at property firm Colliers International, said the 'peakish' rents could also be due to the current run of high inflation, pushing up living costs in general and making expats more resistant to any rental rises.

Another source of rental demand, collective sale sellers, has also dwindled due to the delay in demolishing several en-bloc sale estates amid a slow property sales market, she added.

Colliers' own research showed that monthly rents of luxury apartments fell 3 per cent in the first six months of this year. A 1,000 sq ft apartment was fetching $6,730 in June, down from $6,930 in December last year.

But Ms Tay said luxury rents are unlikely to fall by more than another 10 per cent in the second half, as Singapore remains attractive to expats.

Mr Colin Tan, head of research and consultancy at Chesterton International, agreed that the rental declines in the prime central districts will be 'more gradual than elsewhere as their central location means there will be no lack of demand'.

'At the other end of the rental market, in far-flung locations such as Changi and Pasir Ris, the declines are expected to be more pronounced as they will face the twin problems of weak demand and declining rentals,' he added.
Posted by Richard Yeo at 8:07 PM No comments:

It cites worsening credit conditions for consumers and banks

(WASHINGTON) The International Monetary Fund (IMF) said on Monday there's no end in sight to the US housing recession and warned that deteriorating credit conditions for consumers and banks may prolong a period of slow economic growth.

'At the moment, a bottom for the housing market is not visible,' the IMF said in its Global Financial Stability Report, released in Washington. 'Stemming the decline in the US housing market is necessary for market stabilisation as this would help both households and financial institutions to recover.'

The IMF, which a year ago failed to foresee the depth of the sub-prime mortgage collapse, stood by its April forecast for about US$1 trillion in losses stemming from the US mortgage crisis. While US policy makers have helped contain the financial losses, 'credit risks remain elevated' and banks need to raise more capital, the Washington-based lender said.

'The growing concern is that, with delinquencies and foreclosures in the US housing market rising sharply, and house prices continuing to fall, loan deterioration is becoming more widespread,' the IMF said.

Worldwide asset writedowns and losses have totalled US$469 billion in the past year, and US$345 billion has been raised.

The White House also on Monday lowered its forecast for economic growth this year and next and said unemployment is likely to rise as housing and financial debacles along with high energy prices take their toll.

Under the Bush administration's new forecasts, gross domestic product is estimated to grow by only 1.6 per cent this year. That's down from a 2.7 per cent growth projection made in February.

Growth next year is expected to clock in at 2.2 per cent, also lower than the 3 per cent growth rate previously estimated by the White House's budget office.

'The US economy has continued to expand, but growth has slowed as a result of the sharp housing decline, disruptions in financial markets and high energy prices,' the administration said.

Jaime Caruana, head of the IMF's capital market division, said housing data in the US showed few signs of improvement. 'Some indicators continue to go south,' he told the press in Washington on Monday. Improving affordability, he felt, should at some point help the market recover.

Falling share prices are making it harder for banks to raise capital, increasing the risk of a downward spiral in the global economy, the IMF said. The outlook for banks may make investors reluctant to provide fresh funds needed to restore the strength of financial institutions, the fund added.

In its most sweeping effort to halt the biggest housing slump since the Depression, the US Congress last week passed legislation to stem foreclosures for 400,000 homeowners and aid Fannie Mae and Freddie Mac, the two largest sources of US mortgage financing. President George W Bush may sign the bill into law this week.

The report said oversight of Fannie Mae and Freddie Mac was too weak.

'Part of the problem stems from the current regulatory framework, which has allowed their balance sheets to expand to their current systemic significance,' the IMF pointed out. -- Bloomberg, AP
Posted by Richard Yeo at 8:03 PM No comments:

80% of the 124 units launched sold within three weeks, says CapitaLand 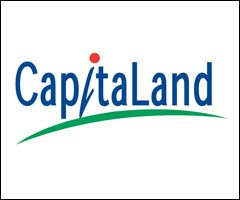 The property group launched private sales for the Tower 2 residential block in Raffles City Bahrain about a month ago. Eighty per cent, or 101 of a total of 124 apartments and penthouses, were booked within three weeks of the launch.

Buyers include high net worth individuals from the Middle East and Europe.

The units achieved an indicative average sale price of $6,330 per square metre (psm), exceeding the average price of $4,883 psm for other high quality residential apartments in Bahrain.

'Entering the GCC countries is a strategic initiative we took in 2006 to balance our investments in the fast-growing economies in Asia. Raffles City Bahrain is our first move in this direction,' said CapitaLand president and CEO Liew Mun Leong.

'We expect to further grow our presence in the GCC region to capitalise on the abundant opportunities there.'

According to CapitaLand GCC Holdings Pte Ltd's CEO Wong Heang Fine, construction of Raffles City Bahrain is well underway and piling is more than 25 per cent complete. 'We are heartened by the successful private sales and are gearing up for the public launch targeted in October this year,' he said.

CapitaLand shares closed at $5.66 yesterday, 17 cents down.
Posted by Richard Yeo at 8:00 PM No comments: