'The downgrade reflects Moody's views that MI-REIT is not likely to meet the scale and diversity targets that were built into its original rating when it was first assigned ', says Kathleen Lee, Moody's lead analyst for the trust.

'As a result MI-REIT shows high levels of asset and tenant concentration, more consistent with a Ba2 rating,' adds Lee.

'In addition, the trust has an outstanding sale & lease-back arrangement with a call and put option in respect of 4A International Business Park (entered into since August 2007) which if completed by end-December 2009, on fully-debt financed terms, would result in a material weakening of its credit metrics', continues Lee.

'There also remains considerable uncertainty as to how this acquisition will be funded if the put option is exercised by the vendor,' she added.

'The absence of available committed facilities and the REIT's lack of extensive relationships with banks have significantly constrained MI-REIT's liquidity profile and increase the risk of further downgrades' adds Ms Lee.

The review will continue to focus on:

1) MI-REIT's progress in securing committed financing to meet its debt maturities in April 2009 as well as the final contracted terms & conditions once refinancing is raised, and

2) the funding plan for the committed acquisition. The ratings could decline rapidly if material progress on securing committed financing for its April 2009 debt maturities is not made over the course of the next 2 months.

Headquartered in Singapore, MI-REIT is a real estate unit trust that was formed primarily to own and invest in a diversified portfolio of industrial properties. The company reported total assets of approximately S$568 million and gross revenue of $12.4 million for the first quarter ended 30 September 2008.
Posted by Richard Yeo at 7:35 PM No comments: 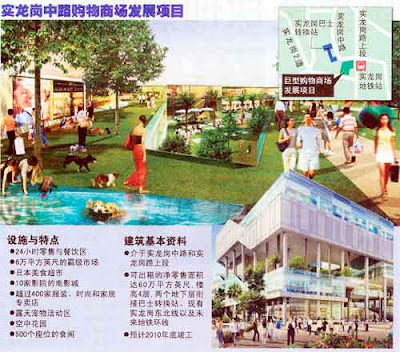 虽然目前经济气候不稳定，零售市场竞争激烈，但梁俊辉透露新商场在锁定主要租户如霸级市场和电影院经营者方面不成问题，他们也预计在商场取得临时入伙准证前6到9个月达到100%零售店面出租率。
Posted by Richard Yeo at 7:17 PM No comments: