HONG KONG - Hong Kong was on Tuesday named the world's freest economy for the 15th year in a row by American think-tank The Heritage Foundation, with North Korea and Zimbabwe at the bottom of the rankings. 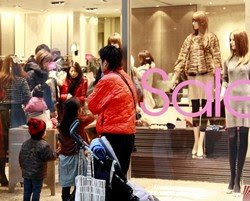 The annual index, which measures a jurisdiction's commitment to free market capitalism, placed the southern Chinese city atop a list of 179 economies.

The United States dropped one place to sixth, because of increases in both tax revenue and government spending as a percentage of GDP, one of the report's authors, Terry Miller, said in an article in the Wall Street Journal.

Mr Miller, director of the foundation's Centre for International Trade and Economics, said capitalism has taken a beating in recent months, as financial institutions begged for government intervention to help them through a global crisis.

But capitalism remained the best system to battle the downturn, he said.

'Despite recent setbacks, (left-wing critics) would be hard pressed to deny that capitalism steps out more nimbly than its rivals, and keeps up with the music far more surely,' he wrote.

Hong Kong is often criticised for allowing its economy to be dominated by a select group of family-controlled monopolies and cartels which control prices and block market access to competitors.

The Heritage Foundation said North Korea was the world's most restricted economy, followed by Zimbabwe, Cuba, Myanmar and Eritrea.

Zimbabwe lost the most points on the 0-100 scale in the past year, followed by Venezuela, as a result of price controls, currency devaluations and nationalisations, Mr Miller said. -- AFP
Posted by Richard Yeo at 12:08 AM No comments:

(LONDON) London's office market was ravaged by the global financial crisis in 2008, as more than one-in-ten offices were left vacant and rental rates dived 19 per cent, a research report said yesterday.

Prime office rentals fell from £65 per square foot (psf) at end-2007 to 52.50 pounds psf at end-2008, while vacancy rates rose from 9.6 per cent at end-September to 11 per cent at end-December, property agency NB Real Estate said.

The damage was heaviest in London's prestigious West End, home to the city's once-ubiquitous hedge funds, after the industry's collapse caused rents in the area to dive 29 per cent to £85 psf in 2008, NB said.

'The boom in the hedge fund sector meant they paid scant regard to the property costs they were taking on,' said James Gillett, NB's director for Central London Markets.

'That mentality and the rental legacy it leaves behind is far removed from the current day post-Madoff situation,' said Mr Gillet, referring to Bernard Madoff, whose alleged US$50 billion hedge fund scam has further sullied the industry's reputation.

Industry analysts claim the current record rent of £140 psf in the West End was agreed by Permal Investment Management Services, a fund of hedge funds, for offices at 12 St James's Square in October 2007. Rival funds ZBI, GLG and investment house Warburg Pincus are also believed to have agreed rents of about £110 psf for office space in the West End, one industry source said.

NB said yields on prime City offices at end-2008 are 6.75 per cent, up from 5.5 per cent a year ago, which 'looks increasingly attractive to investors in a low interest rate environment'. - Reuters
Posted by Richard Yeo at 12:05 AM No comments:

BCorp's chairman and chief executive officer, Vincent Tan Chee Yioun said the construction cost for the project was estimated at about RM800 million, and the company had already invested almost RM200 million for sub-structure work via internal funding.

'There is still no bank borrowing for the project and we just need some construction financing,' he told reporters after an agreement signing ceremony between BCorp's wholly owned subsidiary, Wangsa Tegap Sdn Bhd and Ritz-Carlton Hotel Company LLC for the development, here yesterday.

The signing was witnessed by Housing and Local Government Minister Ong Ka Chuan.

Wangsa Tegap, is also the owner of the property, formerly know as Berjaya Central Park.

'We wanted to originally launch it as the Berjaya Central Park.

But having visited similar development around the world, we felt it would be far better managed by a world renowned organisation,' Mr Tan said.

Show units are scheduled to be launched in August or September this year, and Mr Tan is confident that the project will attract 150 buyers despite the current economic slowdown.

'We are confident of securing the 150 buyers because we have Ritz-Carlton managing it.

'We are also looking for high-end, wealthy customers and we expect more than half from overseas,' he explained.

On the Malaysian property outlook, he said there may be a slight slowdown but the market was generally fine with every project committed still under construction. -- Bernama
Posted by Richard Yeo at 12:04 AM No comments:

(NEW YORK) Foreign investors in real estate expect to spend much more in 2009 than they did in 2008, according to an annual report tracking institutional investor interest. 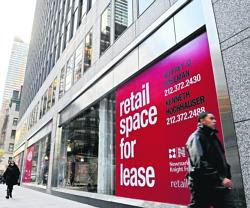 Both foreign lenders and equity investors plan to increase investment globally and in the United States, their favoured international investment target, report members of the Association of Foreign Investors in Real Estate (Afire).

The United States has more appeal this year, even after last year's economic tumult, and despite the painful impact of the global credit crunch on commercial real estate, said Jim Fetgatter, Afire's chief executive.

US commercial property sales are down 73 per cent to US$139.43 billion last year compared with 2007, according to research firm Real Capital Analytics. The shares of US real estate investment trusts, or Reits, are off about 62 per cent from their highs in February 2007, as measured by the benchmark MSCI US Reit Index.

But investors' appetite for US real estate has only sharpened in the face of these difficulties because the problems are a global phenomenon. The United States remains the world's largest and to Afire's members the safest real estate market, Mr Fetgatter said.

'If you are going to be an international investor you'll want a significant part of your portfolio in the largest market,' he added.

By a large margin, the survey's respondents consider the United States the country providing the most stable and secure real estate investments, with 53 per cent deeming it tops in that category.

Germany and Switzerland, each with 11.3 per cent of the vote, tied for second place while Australia and Canada tied for third place with 4.8 per cent.

In another way, the tough economic conditions are in themselves a draw for investors betting assets might come onto the US market that were not available during the boom years, Mr Fetgatter pointed out.

The housing slump, which is making the purchase of a home either more difficult or less attractive to US citizens, caused Afire's members to favour multifamily over office this year on the theory more people will be renting.

Some 37 per cent of Afire's members voted the United States the best country for capital appreciation, with Brazil in second place with 16 per cent. Brazil displaced China, which fell into third place. The United Kingdom jumped to fourth place from ninth after asset prices fell there. India fell to fifth place from third.

About half of Washington, DC-based Afire's 200 members responded to the organisation's seventeenth annual survey.

Afire members are from 21 countries and hold about US$1 trillion of real estate, including US$371 billion in the United States. -- Reuters
Posted by Richard Yeo at 12:00 AM No comments: