The large pool of expatriates and a well-travelled population make S'pore a good location for launches, say agents

DEVELOPERS are marketing London homes in Singapore. And by most accounts, they are not finding it difficult to find buyers.

A few weeks ago, Colliers launched a selected number of units in two London residential properties here, and all were snapped up. There were 23 Union Point units and 23 Dalston Square units, and they were bought at average prices of £250,000 (S$592,794) and £210,000 respectively.

And in May this year, Jones Lang Lasalle (JLL) launched Napier at West 3, its first development in London this year. Singapore was picked as the first stop for the launch of 86 units, and saw 18 sales.

To capitalise on the interest in London properties, more London residential properties will be launched in Singapore this weekend. 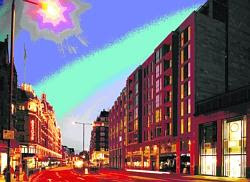 Chevalier House prices start from £1.15m for a one-bedroom and go up to £5.75m for a three-bedroom penthouse overlooking Harrods

Colliers will also market two London developments this weekend. It will release 15 units in Draper's Yard, where homes cost an average of £235,000 each. In addition, it will launch 32 units in 1010 Rochester, where prices start from £800,000 for a two-bedroom apartment.

Berkeley Homes (Urban Living) is also giving Singaporean purchasers the first worldwide opportunity to reserve a property at Ultima - the final phase of the popular Chelsea Bridge Wharf development - this weekend. The project will be marketed at a property showcase by agents King Sturge and DST International. Prices start from £345,000.

And JLL has also said that it has more London launches in the pipeline.

Marketing agents say that Singapore is a good location for international property launches because of the large pool of expatriates here and a well-travelled population.

Buyers at exhibitions have mostly been younger professionals buying UK property for the first time, said Ed Lewis, head of London new homes at Savills. But outside exhibition settings, the buyers appear more discerning and are targeting higher quality products in the prime areas.

'Many buyers are motivated by the weakness in the London market, which is now improving. The weaker currency is also drawing buyers - particularly the trophy buyers,' he said. 'Others are buying with children in mind and for attractive yields.'

And Singapore is not alone - London properties are selling well in Hong Kong and Kuala Lumpur as well, analysts said. Mr Lewis said that it was difficult to provide actual numbers but his firm estimates that between the successful exhibitions and individual sales, there have been about 250 deals since the Easter weekend in mid-April. Most of these deals - some 60 per cent - were done in Hong Kong. Singapore accounted for another 35 per cent, while the remaining homes were sold in Kuala Lumpur.

Mr Lewis is currently on a tour of South-east Asia, advising investors on where they should - or shouldn't - spend their money.

'There have been huge price corrections in the London market which can give the impression that everything is a bargain,' he said. 'This is not always the case. While there are some bargains out there, there are also opportunities for wasting money, and the canny investor must differentiate between the two. Just because a property is cheap now, it does not mean it will be expensive in 25 years' time. Chances are, in many non-established locations, it will still be cheap in 25 years' time.'
Posted by Richard Yeo at 11:46 PM No comments:

IN THE recent property boom that ended last year, MrLee (not his real name), a vice-president in a company here, sold three properties within a year.

One was a home he had lived in for many years, while the other two were investment properties whose prices were too good to pass up.

Just before he sold the third property, Mr Lee's lawyer warned him that all this buying and selling might get him into trouble with the Inland Revenue Authority of Singapore (Iras).

Read the full report in The Sunday Times.
Posted by Richard Yeo at 11:33 PM No comments: 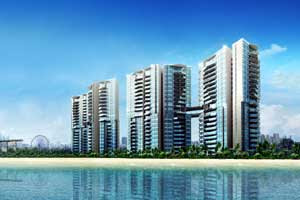 永泰控股在亚历山大路的Ascentia Sky共管公寓，据说将在这个周末，以每平方英尺1150元至1350元销售一些单位。
Posted by Richard Yeo at 11:29 PM No comments: 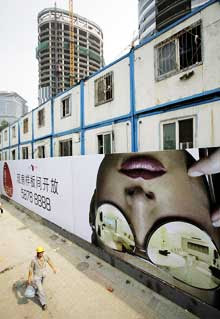 中国房地产和住宅研究会副会长顾云昌建议，面对楼市“虚火”，政府仍可延用以往政策：加快土地供应，降低土地出让价格，以土地出让结构来引导房屋供应结构。
Posted by Richard Yeo at 11:25 PM No comments: