WASHINGTON - US HOUSING starts and building permits slumped in April to record lows, highlighting the crisis in the real-estate sector as the economy struggles with recession, government data showed on Tuesday. 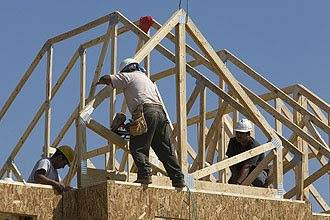 The number of construction permits on new US homes fell to an annual rate of 494,000, a decline of 3.3 per cent from March, the Commerce Department reported in seasonally adjusted data.

The pace was the lowest since the data began to be tracked in 1960 and eclipsed the prior record set in March of a revised 511,000 permits.

The April decline surprised most analysts, who had expected a rebound in the indicator of the future direction of the housing market, to 530,000 permits.

Prices of Parc Centennial were about 20 per cent lower than last year’s.

THREE prime condominium projects that struggled to generate interest last year saw a surge of buyer activity over the weekend after developers cut their prices. 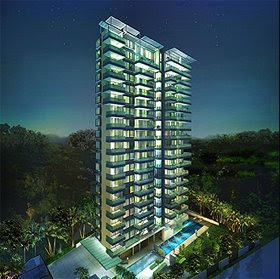 Developer EL Development sold only six units in April and May last year when the project was originally released for sale. And at a private preview in March this year, it sold a 2,486 sq ft penthouse unit for $1,005 psf.

It held a preview this past weekend and has now sold all the two-bedroom units, which start from 1,098 sq ft. The three-bedders increase in size to 1,572 sq ft.

Managing director Lim Yew Soon said he had raised the prices of the remaining 12 three-bedroom units at Parc Centennial by 2 per cent.

Over at the 302-unit Martin Place Residences in River Valley, a soft launch over the weekend saw sales of 80 units at $1,450 psf on average, out of a total of 100 units launched.

Singaporeans made up 62 per cent of the buyers at Martin Place Residences, with the rest being permanent residents and foreigners.

Earlier, CapitaLand had reported strong weekend sales at its 173-unit The Wharf Residence. About 95 per cent of the buyers chose not to take up the stamp duty waiver and interest absorption, preferring a straight 8 per cent price cut, it said yesterday.

Prices started at just below $1,000 psf for units with private enclosed space and many of the weekend deals were done at less than $1,300 psf, industry sources said.

Attractive price cuts, coupled with the recent stock market rally and a fear of losing out, are some of the key factors spurring buyer interest, experts said.

6 awards, 2 merit certificates to be given for excellence.

Six awards and two certificates of merit will be given out in the Building and Construction Authority (BCA) Construction Excellence Awards this year, out of 15 nominations.

There was notable improvement in the quality of the projects and performance of the winners, BCA said. 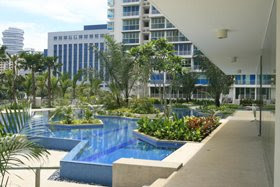 Citylights Condominium is one of the winning projects.

Of the eight winners, five were private residential developments.

The company built nine out of 16 private residential projects which have a Conquas score of 90 and above, and seven of these have also received the BCA Quality Mark certification.

The assessment of nominations is based on the builder's overall management of the project, the builder's technical capability and innovations, and the quality of the completed project.

Launched in 1986, the annual competition principally recognises builders' workmanship, focusing on downstream post-design work such as project management, technical capability and quality of the completed project.

BCA added that about 44 per cent of units launched last year were committed to their BCA Quality Mark Scheme, which seeks to ensure the consistent delivery of quality homes from a prescribed standard.

About 26,000 residential units have been committed or assessed to date.

Projects that received the mark have reportedly scored much higher in Conquas and received little or less feedback on defects, BCA said.

Potential major defects and leakages in about five per cent of total units assessed were also detected and rectified before being handed over to home owners.

The awards ceremony will be held next Wednesday.
Posted by Richard Yeo at 11:31 PM No comments: 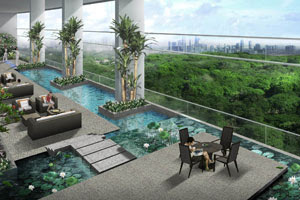