MORE than 2,000 rental flats will be added to the supply of public housing early next year to help the needy.

The move was announced in Parliament by National Development Minister Mah Bow Tan in November 2006. 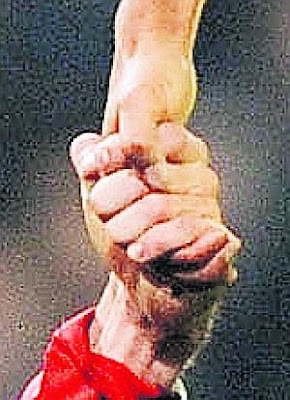 The first batch of converted flats - comprising 180 one- and two-room units in Block 852, Woodlands Street 83 - were allocated in January last year. In March, Blocks 188 and 191 in Boon Lay Drive were done.

In addition, 290 converted units at Redhill will be added to the supply this year.

An HDB spokesman told The Straits Times that toilets and kitchens were added and improved to the Boon Lay flats.

Each flat has new windows, vents, entrance doors and gates, and internal doors. Floors were retiled and the flats rewired. Elder-friendly features such as grab bars and lever taps were also incorporated.

'Lifts and essential services in the common areas were upgraded to meet the needs of the increased number of residents,' the spokesman added.

Mr Mah had said then that such flats would help ease the burden of those who are really needy.

'This additional supply will help meet demand from lower-income Singaporeans who cannot afford or are not yet ready to buy their own flats,' he said.

Apart from converting the three-room flats, HDB is also building 976 new rental flats at Choa Chu Kang, Sembawang and Yishun. The final batch will be ready by early next year.
Posted by Richard Yeo at 10:07 AM No comments:

JUST 131 new private homes were sold last month, down from 193 in November, capping the worst year for new sales in Singapore since 1990.

There were only 4,287 homes sold last year - a striking plunge from the boom year of 2007 when a record 14,811 private home units changed hands. 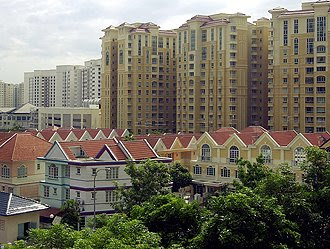 Developers have caught the miserable mood of the market and launched only 157 units of new private homes in December, according to Urban Redevelopment Authority (URA) data yesterday.

That was even lower than the 174 units in October, when buyers and sellers were in shock from the deepening global crisis.

Yet despite the dreadful sales numbers, property prices held their own.

But with economic conditions subdued, home-seekers are increasingly realistic, looking now at functionality before frills, he said.

The URA price index, on the rise since the second quarter of 2004, reversed direction only from the third quarter last year when it declined 2.4 per cent.

Jones Lang LaSalle's head of research for South-east Asia, Dr Chua Yang Liang, expects it to contract further by another 5 to 7 per cent this quarter on the back of weak take-up, after an estimated 5.7 per cent fall in the fourth quarter.

'Should more projects be attractively re-priced in 2009, the number of units launched and take-up can expect to sustain or marginally improve, as there is some latent demand from bargain hunters,' said Mr Mak.

CBRE Research executive director Li Hiaw Ho added: 'The continued moderation of prices should kick-start some level of activity to the market.' Sales of new homes this year are likely to improve to around 5,000 to 6,000 units, he said.

But it will take some time to happen. There may be even fewer launches this month as developers are expected to continue to hold back in anticipation of goodies in next Thursday's Budget, said Colliers International's director for research and advisory, Ms Tay Huey Ying.

Many prospective buyers are preparing for Chinese New Year so sales this month may hit a new low, said Ms Tay.

Indeed, the entire first quarter or even the first half will likely witness slow sales due to the economy and banks tightening credit, property consultants said.

Last month's top-seller was the 104-unit Newton Edge in Makeway Avenue, which sold 43 units at a median price of $1,200 per square foot.

'The units are a bit squeezy but you are paying less than a million for a property in Newton,' said an industry player.
Posted by Richard Yeo at 10:04 AM No comments: