Most are regional buyers hunting for bargain-price units below $1m in resale market.

FOREIGN buyers are back to snap up homes here after bolting for the exits during the financial turmoil late last year.

The number of foreign private home purchases in April and May is already up on the first quarter but no one is claiming a significant turnaround is under way, although sales numbers hint at 'green shoots'. 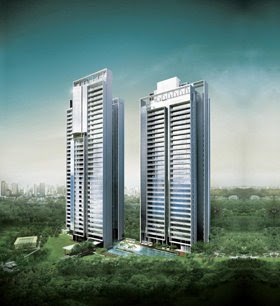 The mix of buyers has also changed from the boom of 2007 and early last year. Then, Koreans, Americans, Russians, and people from the Middle East and elsewhere joined regional buyers to invest at the high end of the market, often with the aim of flipping the property to other investors.

Now buyers from Malaysia, Indonesia and China are dominating, and they are mostly picking up bargain-price units under $1 million for their own use or investment, according to property consultant Jones Lang LaSalle. Its analysis of non-landed private home caveats lodged in April and May found that foreigners bought 202 properties, up 15 per cent from the 175 bought in the first quarter and the 156 deals done in the last three months of last year.

Unlike the rising market in 2004 and 2005 when foreigners bought mostly new launches, buyers now are largely going for resale homes.

Most foreign buyers then came from within Asia and saw cheaper homes here as good investments, he said. Many at the time made use of the deferred payment scheme to earn quick capital gains through flipping the units in the sub-sale market, he added.

Resale homes became popular in 2006 and 2007 as more foreigners - who came mainly as the banking and financial industries grew - chose to buy instead of paying sky-high rents.

The resale interest is back. Several resale caveats lodged this year came from districts 10 and 22, with The Tessarina in Bukit Timah and The Lakeshore in Jurong among the popular projects. The significant first-quarter price correction which made homes cheaper than before, 'and thus perceived as having more upside potential', may be a key reason why foreigners buy here instead of elsewhere, said Mr Sim.

Still, he said in-house research showed that luxury prime homes are still about 51 per cent above their last trough in the first quarter of 2005. Mass market prices are about 36 per cent above the 2005 level. This suggests more price falls may be on the way, said Mr Sim.

The impact foreigners can have in the property market cannot be underestimated. After all, they helped push up private home prices, particularly in prime areas, during the boom. 'We do not deny the potential these buyers bring to our market but, given the larger global uncertainty, we reckon it is too early to predict if this is a turn,' said Mr Sim.

'The foreigners are not coming back in a strong way. During boom times, we saw less traditional foreign buyers such as foreign funds and foreigners from places like Europe,' said Mr Sim.

The buyers now are from the region, and mostly keen on mass to mid-end properties, he said.

These are the 'very localised' foreigners already familiar with the Singapore market and have kept track of what is going on, said Savills Residential director Phylicia Ang.

Cash-rich foreigners from farther afield who target prime property have not yet returned, she said.

Still, more foreign buyers are likely to return in the next three to six months, said Knight Frank executive director Peter Ow. 'Once news spread that the market is recovering, they won't want to miss out.'
Posted by Richard Yeo at 12:43 AM No comments: