CapitaLand Is Ahead Of Curve

With Singapore’s property market cooling, analysts are looking at developers which have bought substantially into other promising places. To many, CapitaLand could be a good bet for investors. 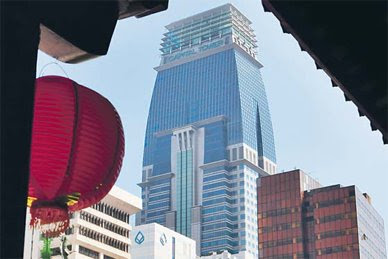 Analysts say the company’s diversified business portfolio and increasing presence in emerging markets, including Vietnam and India, more than make up for the slowdown in Singapore’s property sector. Moreover, CapitaLand’s shares are beginning to look attractive after falling nearly 30 per cent since the start of November, when signs of a slowdown began emerging in Singapore.

“CapitaLand is once again ahead of the curve, selling down its Singapore exposure early last year and increasing exposure to exciting emerging markets such as Vietnam, India and China,” says Ian J Beattie, head of Asian equities at United Kingdom-based New Star Asset Management.

Mr Beattie says his firm is a “substantial” holder of the developer through two Asian funds and institutional accounts run on behalf of clients. New Star recently bought more shares after building up a larger stake a few years ago. At CapitaLand’s current price, the stock appears to be a “pretty good value,” he says.

CapitaLand, whose shares fell 2.4 per cent yesterday to $5.72, is 42 per cent-owned by Temasek Holdings.

CapitaLand’s businesses range from residential and retail developments to real-estate investment trusts. Last year, about 38 per cent of revenue came from Australia and New Zealand, followed by China with about 29 per cent, and Singapore with almost 24 per cent. A year earlier, Singapore accounted for about 29 per cent of revenue, while about 40 per cent was from Australia and New Zealand, and 21 per cent from China.

The company recently expanded in India through joint ventures to invest, develop and manage retail projects. In Abu Dhabi, it entered a venture for a real-estate development.

CapitaLand’s next big bet seems to be Vietnam, where strong economic growth is speeding up urbanisation. Last month, the developer said it planned to establish a US$300 million ($413 million) fund focused on Vietnamese real estate. CapitaLand aims to significantly accelerate the pace at which it develops housing units in Vietnam.

“There is a frenzy about the Vietnam market right now and I think Vietnam will be a good exposure for any developer,” says UOB Kay Hian analyst Vikrant Pandey.

The analyst, who has a “buy” rating and a 12-month target price of $6.90, says he likes CapitaLand because of its geographic and sectoral diversification as well its strong balance sheet. “Any share-price weakness is a good opportunity to accumulate this stock,” he says.

CapitaLand trades at about 16.5 times its projected earnings for this year, according to Thomson One Analytics. That makes the stock more expensive than most of its Singapore-listed competitors, including heavyweight City Developments, which trades around 12 times forecast 2008 earnings.

However, bullish analysts argue CapitaLand deserves a premium for its diversity, size and management strength.
Posted by Richard Yeo at 10:12 AM No comments:

浩然大厦集体出售审讯将在四月续审。
Posted by Richard Yeo at 9:51 AM No comments:

它说，如果集团真的将酒店业务脱售出去，将会把焦点集中在房地产发展业，并且把多余的资金归还给股东。
Posted by Richard Yeo at 9:48 AM No comments:

St Patrick's Loft: One of the projects which contributed to higher revenue from property development

Earnings per share increased to 3.79 cents from 1.02 cents. The increase in revenue was driven by strong performances by both the key segments of property development and hotel ownership and property investment.

Revenue from property development rose to $64.2 million from $18.0 million as a result of the progressive recognition of revenue from the sales of seven development projects: The Nclave, The Treeline, The Montage, St Patrick's Loft, Axis@Siglap, The Marque@Irrawaddy and The Medley.

Higher selling prices of the group's property units resulted in improved gross profit margin of 21 per cent, up from 10 per cent.

Said Teo Hong Lim, executive chairman and CEO of Roxy-Pacific: 'In 2007, the strong property market and robust tourism industry augured well for us and we remain optimistic about the Singapore property market in 2008, in particular, prospects for the mid-tier and mass market segments which is the focus of all our existing projects.'

'We intend to launch eight residential projects comprising about 290 units for FY2008 and expect these together with current ongoing projects to contribute positively to our performance for FY2008.'

The group announced a final cash dividend of one cent per share, which translates to a dividend yield of about 4 per cent.
Posted by Richard Yeo at 9:41 AM No comments: